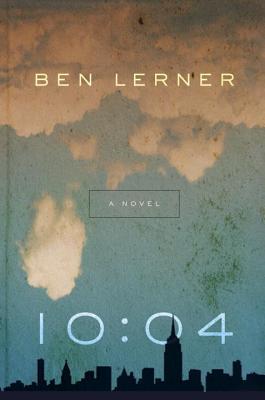 “As I read it I experienced what was becoming a familiar sensation: the world was rearranging itself around me while I processed words from a liquid-crystal display. So much of the most important personal news I’d received in the last several years had come to me by smartphone while I was abroad in the city that I could plot on a map, could represent spiritually, the major events, such as they were, of my early thirties.”

The no-name narrator who is himself in the business of producing content, happens to reflect events that occur in real life in literary form which makes the novel 10:04 appear on the surface to be semi-autobiographical, yet also highly-speculative. The man with no name is also a poet and a teacher in Brooklyn, New York; not unlike the author. He has recently produced a short story that has been published in the New Yorker; not unlike the author. Receiving some acclaim from his piece has granted him the opportunity to pursue a potentially full-length, grand-scale novel with corporate backing and vital support; like 10:04. Having doubts about his ability to reconcile this proposed need is weighting as it is let alone after receiving an advancement of a payment I presume like the author. His whole life seems to hang in the balance, eventually curbing this burden, he drives on an external motivation. In his private life, a routine trip to the doctor’s office results in him suddenly feeling ugly and old while in the presence of young and virile medical students, as well as being told that he may have Marfan’s syndrome (a dilation of the aorta). With this revelation he is facing extensive examinations and a potential invasive surgery. On a lighter note his best friend from college and fellow contemporary Alex has been hearing the tick-tock of her biological clock and has asked him to provide the sperm for her eventual artificial insemination. Dealing with the thoughts of his own mortality may provide him an inspiration for his book as well as a way to leave a legacy behind in his personal life.

10:04 is metafiction to the core, as life transforms into fiction and fiction transforms into life. The author blurs the lines between fiction and non-fiction, reality and fantasy, unconventional and the mainstream. As a direct reflection of one’s life you wonder, why do I need to read this? Well the reader is privileged to experience an inside look into the writers mind, their processes, and narratives they’re willing to involve, however crazy they may seem. The author is a very talented artist who refrains from compromising his writing prowess and literary standards to meet the varying needs of his potential audience. You get the sense that he was writing this novel for himself and would not have done it any other way. The subject matter it is quite divisive with times of shear enjoyment sprinkled with times of utter confusion given his intense verbosity and his wavering thoughts. One thing that can’t be denied in his mind is the brightness of his future even if it happens to be brought on by a fuel-injected generator at times of lost power or global solar storms. 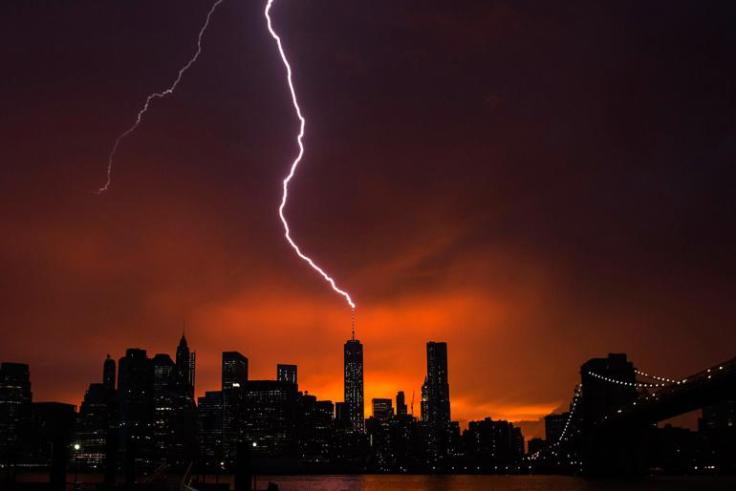 There are plenty of funny moments including an episode when he decides to go through with the sperm supply for his good friend Alex. Confounded with the hand-washing parameters and the limited selection involved with the medium of arousal, he goes about it as swiftly as a man can, given his state of neuroses. I also enjoyed the episode where he spends some quality character building time with Alex’s cousin. A moment where he starts to wonder what in the hell he just got himself into. Also learning about the origins of his decision to become a writer was intriguing even if it came about in the face of tragedy and the heart of falsification. The words remain beautiful but the moment becomes diminished. There is also a turning point later in the novel when he is with his eight-year-old writing partner and personal linguistic teacher Roberto. At this point he is solely responsible for his well-being when they go to the dinosaur museum which provides an interesting dynamic for a man that has never undertaken a responsible like this. He struggles with his approach to authority and discipline towards a child that he has failed to have any physical contact with outside a controlled area. For both of these events there was extreme self-doubt and insecurities. So much so, he could feel the urea and salts emerging from his underarms.

“How did this happen, I wondered, still catching my breath from the stairs, how is it that a thirty-three-year-old man who appears to meet most societal norms of functionality – employed(however lightly), sexually active (however irresponsibly), socially embedded (if unmarried and childless) – is in the grip of a fear so intense as to overwhelm reason as a result of taking a sweet kid to a museum.”

The primary problem I had with this whole idea of the novel was the repetitive nature between the intended novel and the other story. With little changes and alterations I was hoping for more reflection or insight into the reality of the situation. The book is elegant in its prose with poetic tones and inspirations, skillfully-maneuvering between fiction and non-fiction, forcing you to earnestly wrestle with the determination that in the end, it really doesn’t matter. What matters is living in the present and using the past to embark on a more productive future and enjoying the ride as you set forth.

“The future doesn’t belong to the fainthearted; it belongs to the brave – to brave people with papales, I didn’t go on to say. People are going to work together to develop new solutions to all these problems you’re worried about.For instance,”

I wrote this on a whim as I was inspired by the author and recent events, I call it “An ode to Yesternight”
Out on a weathered deck the rain was precipitous/Enough to put my dog in a state of solemnity/Tired, frustrated, curious I encourage him into the mist/A simultaneous jaunt and a white fluff flashes before my alarmed, bloodshot eyes/A ssssss of a faulty gas hose reverberates in the confines, a sudden taste of sulphur on my palate/Dog runs in after mere seconds snorting, sneezing, confused/The environs has an aroma and an aftertaste unique only to banana flavoured liquid Clavulin/Several years prior my favourite Hoya’s sweater was re-purposed after a sickly regurgitation/Today, my one and only Ed Wood shirt from oil-slickened malodorousness/Can skunks go the way of that damn pharmaceutical?

” ‘I’ll project myself into several futures simultaneously,’ I should have said, ‘a minor tremor in my hand; I’ll work my way from irony to sincerity in the sinking city, a would-be Whitman of the vulnerable grid.”