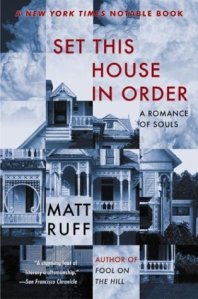 “I was dead.
That in itself didn’t concern me much. I’d never been afraid of death. Of dying, yes; of a painful end, or a premature one – important things left undone – definitely. But the thought of actually being dead held no particular terror for me. I remembered the moment of my birth, and having come out of the dark, it seemed only right that I should eventually return there. The scary parts were all in-between.”

I’ve always wondered what differentiated the relentless thinker and the powerless schizophrenic. You see, I am always thinking, nighttime is a playground of mine, my mind goes and goes and very rarely stays idle. At times I may talk to myself and may even demonstratively answer myself. Any stranger on the street would assume I’m crazy, but when you don’t go to the doctor you can never be 100% certain one way or another, rest assured we’re all crazy, whether you want to admit it or not is a question for another day. The author takes all of the scary, humorous, unpredictable, and overall day-to-day struggles of mental illness and reveals it in a real smart and interesting way. A book like this could easily come across as gimmicky and trying, but NOT THIS ONE. The author tells the story as if he is conveying to the reader what is going on within the minds of the continually engaged. It definitely takes a while to get a grasp on the flow of the novel, but once you do it is so rewarding and refreshing to read a book where the author is challenging the reader rather than playing to the crowd with a light, breezy, accessible read.

“Think instead of a rosebush, torn apart by a storm. The branches get scattered all over the garden, but they don’t just lie there; they take root again, and try to grow, which isn’t as easy now that they are competing with one another for space and light. Still, they manage – most of them manage – and what you end up with, ten or twenty years after the storm, is not one rosebush but a multitude of rosebushes. Some of them are badly stunted; maybe all of them are smaller than they would have been if they’d each had a garden of their own. But they are more, much more, than a simple collection of puzzle pieces.” 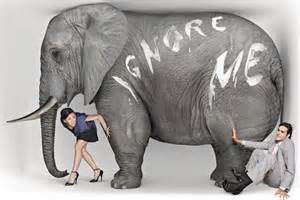 Andrew Gage is reborn at twenty-six-years-old he knows very little of his past except that his step-father Horace Rollins was a sadistic man who relishes in fulfilling his sexual desires and destroying impotent souls in the process. Thanks to Andrew’s father and years of inventive psychological techniques his house is finally in order. Andrew is a “multiple” meaning he has lived a life of internal chaos with a cluttered and crowded house leaving him left behind in an abyss scratching and clawing to get to the surface. Not to mention the physical abuse that he has experienced, at this point Andrew is content at his current place in time after years of hard work and mind-numbing rehabilitation. Andrew was born and raised in Seven Lakes, Michigan and later moved to Autumn Creek, Washington where the book is predominately set. Andrew is primarily dealing with controlling the soul of a loud five-year-old child, an obnoxious flirtatious ladies man, a Greek martial arts practitioner, a human lie detector, a sweet maternal pool shark as well as some secondary characters. This book sounds like a lot of fun, right? The potential for problematic situations, various eccentricities, and great hi-jinks is off the charts. Well what if you add another character dealing with the same condition, what would happen then?

Penny Driver is in a bad state in her life. Sure her abusive, controlling, demonic mom is dead, her horrifying high-school days are a distant memory, and she is a long ways away from her childhood home town; then why are bad things still always happening to her? Why is she always wondering where she is? Why is she always finding herself in the bedrooms of strange men?  Why does it always keep happening? Even the worst of armchair psychologist’s could figure this one out. Penny doesn’t know it, but she has dissociative identity disorder. At the worst of times she can be a foul-speaker, an evil-doer, a woman of easy virtue, or a listless drone. At her most “healthy” state she is a young woman lacking a self-worth which is evident by her perception that she is a “worthless piece of shit.” One thing she has going for her is she is a hell of a computer programmer which proves to be serendipitous as she meets a strange young man with a very common problem that she knows nothing about.

” ‘Andrew?’ says Mouse.
‘Penny’ says Andrew.
And then, in unison: ‘Where are we?’
‘You’re on the planet Mongo,’ says the old drunk. ‘I’m Flash Gordon and this ugly fellow’ – he gestures towards the bartender – ‘is Ming the Merciless.’
The bartender, playing along, grabs an empty beer mug and holds it up in a mock salute.
‘Welcome to our galaxy,’ he says. ‘Would you like some milk?’ “

This is an ambitious novel and with that the reader should expect some initial difficulties getting in step with the flow the author is trying to create. My advice, just read the initial section without trying to over complicate matters and you will be fine. I really enjoy reading stories from the point of view of characters that have a certain ailment and this book didn’t disappoint. There is no sugar coating the matter and if you don’t like it, go away, and if you don’t get it, it’s your loss. If there was one gripe I had it would be the use of the fantasy world. The depths the author went into the characters mind showcased the detailed thought processes, but happened to lose me in the process. This gripe is more to personal tastes and doesn’t reflect my overall thoughts on the book. The author deserves a lot of credit for taking the chance and avoiding the safe route of an unreliable narrative and putting the reader in the shoes of the mentally challenged. This is a story of characters approaching a life of complicated truths and doing their best to try to overcome them. This book is highly recommended.

“If you’re like me, you waste a lot of time being scared. Years, maybe. Then one day you decide you’re sick of that, you don’t want to be afraid or guilty anymore, and you try to get help. And if you’re lucky, and you get the right help, and you don’t get betrayed…eventually you work past it. When it stops being scary and starts being a pain in the ass, that’s when you know you’ve made real progress.”