A man was shot in broad daylight while resting comfortably in Mariachi Plaza in Boyle Heights, California. This man played the vihuela in a four piece Mariachi band called Los Reyes Jalisco. They often found themselves playing in restaurants, parties or any gigs that they could secure. But their biggest break was playing at a wedding of city councilman and future two-term mayor Armando Zeyas. There is something to be said about the Mexican people, their culture and their affection for their music. For performers it is a spiritual, religious, as well as a deeply-personal experience, and for Orlando Merced to reach some what of a pinnacle that started with humble beginnings, he honestly couldn’t have been more satisfied. Then what would lead to him being shot unexpectedly at something as innocuous as a neighbourhood picnic table. Was it simply being at the wrong place at the wrong time? Was he targeted in response to some past conflict? Or was the bullet meant for a different person altogether?

“Five minutes later they were in Cabral’s threadbare apartment where, like his handmade Hernandez, he lived alone and sparely. All the night work and inconsistency of gigs had made for a lonely life. There was no sign of a wife or children. No framed photos, no school drawings on the refrigerator. Bosch thought of a bumper sticker he had once seen: ‘Play Accordion-Go to Jail.’ In many ways it appeared that Cabral’s life as a mariachi musician had been its own form of incarceration.”

Hieronymus Bosch, thankfully he is referred to as Harry throughout the book, is a pre-pensioned Detective for the Open-Unsolved unit in the Los Angeles Police Department. With the recent decrease in murder cases in the City of Angels (yeah I know, you’re probably as shocked as I was when I read it) Harry has been able to tackle some of the cases that have been on ice for a while now, like 10,000 unsolved murder cases over the past 50 years. Needless to say that these cases have been piling up. After a day at the (easy-on-the-ears) Chief Medical Examiner’s practical office, or (the name that conjures nightmares), the morgue, Harry has found a case to prioritize. The death of Orlando Merced as a result from blood poisoning ten years after being shot has given him a raison d’etre in the final stages of his career. For the last ten years Orlando was paralyzed leaving him without the ability to play the music he loves so dearly, and as time went on he lost limbs due to the growing blood impurities. Slowly he has been whittled away by the bullet in his back. The death has been ruled as a result of blood poisoning, but Harry wants to ensure that this truly is the cause of death and not homicide before he puts a close on the case.

“Harry nodded. His instinct was right. The good ones all had that hollow space inside. The empty place where the fire always burns. For something. Call it justice. Call it the need to know. Call it the need to believe that those who are evil will not remain hidden in darkness forever. At the end of the day Rodriguez was a good cop and he wanted what Bosch wanted. He could not remain angry and mute if it might cost Orlando Merced his due.”

Lucia “Lucy” Soto is a new detective on the scene with a reputation that long-standing police officers only wish they could have. Awarded the Medal of Valor after a standoff resulting in the death of two robbery suspects as well as her partner, Lucy has found the transition to the Open-Unsolved unit a little more difficult than she initially expected. Not a big fan of the whole autopsies and morgue inevitabilities in her job, coupled with the psychological trauma from her shootout, Lucy is wondering if a little time in administration would be just what the doctor ordered. “Luckily” for Lucy, being partnered with an older detective that has shared some common workplace experiences has eased some of the inner tension she has felt with her time on the force. Harry methodically takes his time, training her to be a solid investigator, he also exhibits a patience that can only come from experience and supreme confidence. Currently the department’s budgetary restraints has forced them to look at various labour market statistics and day-to-day expenses for inefficiencies with a clear focus on two things. They have reacted to the numbers by trying to push out officers before they reach the age to attain the desired remuneration in their Deferred Retirement Option Plan, and putting an end to gratuitous efforts on cases that are colder than a polar bear’s toenail. Harry is cognizant of the financial limitations and the bureaucratic politics that have forced him to go with the flow and not upset the apple cart by staking claim to the fact that his investigation work is bulletproof. Having to look out for the safety of a youngster like Lucy will allow the forces that be to keep Harry in line and at the top of his game. 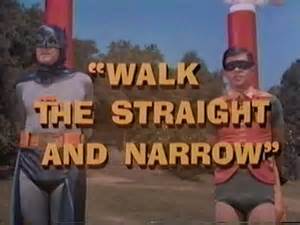 ” ‘How much of that last part of the interview did you write down in your notes?’
‘None of it yet.’
‘Good. Let’s keep it off the record for now.’
‘Why?’
‘Because it’s a hot door and we have to be careful. You never open a door on a burning room. You approach cautiously and you-‘
He stopped when he realized what he was saying.
‘Sorry, that was not the right-‘
‘No it’s okay,’ she said. ‘I get it.’ “

This is one of the few tried, tested, and true crime novels that I have read in a while. Some authors will traverse through different genres between mystery and thriller and crime and only ever fulfill one of the three obligations the author has for the reader. With this novel that is marketed as a crime novel, in conjunction with the author being praised for being one of America’s finest crime novelists, it leads the reader to expect one thing. What you end up getting is a solid crime story, with some mysterious elements, political intrigue, and a few thrills along the way. Some authors should take note and level expectations. All and all I thought it was a good read and would be interested in reading some more of his critically-acclaimed work.

“The darkness of the evening was pierced by the shrill pitch of a cicada perched somewhere in one of the trees that lined the front lawn of the convent.
‘I hate those things,’ Soto said.
‘Why?’ Bosch asked.
‘I don’t know. They always mean bad news in the bible and in movies.’
‘You’re talking about locusts. That’s a cicada.’
‘Same difference. It still means bad news. You wait and see.’ “

In honour of Selena’s death twenty year’s ago yesterday; here is one of her songs accompanied by some upbeat mariachi with respect to the victim of this story.