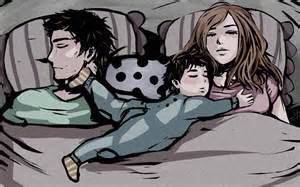 Most of the people who knew my mother either slept with her or wished they had, including me, my aunt Medina and a man who boarded with us; though he was neither old nor someone’s father, he went by the name of “Pops.” I know that’s ambiguous, but it’s better left ambiguous for now. As for me wanting to sleep with my mother, if you disapprove, try spending your childhood with a face that looks long past its prime, with hands and feet like the paws of some pre-human that foraged on all fours – and then get back to me. Or better yet, read on.

The great thing about Advanced Reading Copy’s is that I get the chance to read novels from Canadian authors that I may never have gotten exposed to otherwise. For movie lover’s out there, I couldn’t help but think of the small indie film 12 and Holding clashing with the household dynamics of television’s Modern Family, and the Italian romance foreign film Malena with an incestuous touch (which may be an improper choice of words) that is hard to find in modern media. I have read quite a few books with different subject matter, but this one has managed to cover new ground that definitely tested my comfort level, but gradually heightened my tolerance to new standards. The author creates a distinct world within a world feel while the story further develops a level of mysticism or a semblance of a fairy tale that takes you away from reality. As you read Percy Joyce’s story, and find solid ground you realize how fast societal norms can change and how outrageous life can be with all its cast of characters.

This is a story of a boy named Percy Joyce who was born with a “benign” version of a congenital syndrome, which in jest throughout the novel is referred to by mother and son as “False Someone Syndrome”. Despite Percy’s physical condition of port wine stains on his body, the disproportionate size of lower lip, feet and hands, he manages to ride on the sunny side of the street and maintain a certain joie de vivre. Eventually, like most people that have physical conditions, over time they develop a longing for personal relationships and physical relations with members of the opposite sex. When difficulties arise, Percy manages to find solace a little closer to home than most would expect. Joking and self-deprecation transitions into mischief which turns into loneliness, social isolation, and depression. This cliched coming-of-age aspect of most young adult stories proves relevant consistently from start to finish, but is different in a lot of ways, thanks to the perspective of the narrator and the writing of the author. Percy expresses in the novel that given his condition, he was in fact born with an overabundance of blood-engorged capillaries that luckily stayed clear of his brain, later in the novel we eventually find out where they manifested, the lasting impact they had on his day-to-day life, and if death would have provided more comfort.

Growing up I was able to bear witness to the positives and negatives of the great principle “Give Me Myth or Give Me Death”. Sure, deceiving others with respect to physical scarring will lead them to other forms of immature entertainment, but it will leave with the long lasting distinction of being a liar. In Percy’s case it evolved into some form of public acceptance, but in the end it will it rear its ugly head and lead to his inner acceptance of the wants and needs of those in the outside world. Even in a religious state, contrition is not always what it is cracked up to be. Generally, I am making the novel seem heavier than it actually is. Throughout the story we meet an array of characters that have their own eccentricities and a city divided by religion and its principles; but from the first paragraph on the tone will help dictate expectations.

It’s hard to describe what your own face looks like. It’s hard to be honest, but it’s also hard, period, because most faces defy description. Mine inspires description. They used to say that the Inuit had a hundred words for snow. That’s about as many ways as my face has been described. Someone once told me it looked as if it had been worked on by an abstract tattoo artist. A boy asked me if my mother had eaten more than the medically recommended amount of beets on the day she had me. Another said that I should wear a mask three hundred and sixty-four days of the year and go outside without one only on Halloween.

Another prevalent theme found in the novel is that of religion, specifically speaking is that of Catholicism in the 1950’s. I reference the time period only in that my experiences in a catholic school in the late 90’s were vastly different than the ones experienced by Percy and his peers. Having religion taught to us an hour a week in primary school, an hour a day for a semester in secondary school, going to school mass once a month I never had the feeling or pressure found within the pages of this book. Perhaps being in a region with the type of presence Catholicism had would lead to a pronounced indoctrination of the public to their religious ideals, for me not so much.

I liked how the Joyce family home or “44” as it was referred to in the novel was treated as its own character or alien planet with its own set of ideologies, legislature, and religion in comparison to the world that was situated around them. It was made to seem as an impenetrable force, a safe haven where the inhabitants were free to be who they truly were without any repercussions from their fellow Newfoundlander’s. Mother Penelope often referred to the fact that 44 was unlike any other house on the Mount, and given the era and neighboring ways of life, she wasn’t lying. 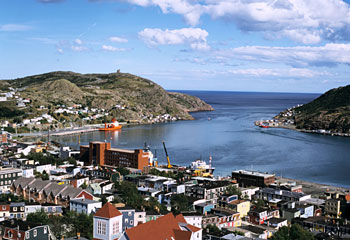 I thought the story dragged a little a long the journey but all and all it was paced well. The author also managed to strike many thoughts, feelings, and emotions while I was reading. From sympathy to the way Pops was habitually treated and meekly accepted, to laughter at Percy’s blessing of the fleet and Penelope showcasing her cheer-leading prowess. However; none were more defined than my anger and sadness for the treatment of Penny and Percy at the hands of holier than thou Brother McHugh and Sister Celestine’s tormenting of a young Medina. I am sure many older readers that grew up in a Catholic school will have strong feelings about certain sections and ideologies found in this book, but It is hard to deny its power.

It is amazing to find a book that at times be very funny, provocative, controversial and still be able to tie together a well-thought out and engaging story. I am not naive to the fact that this novel will surely upset quite a few people. Personally, I recommend that you read the summary and if you are not taken aback by the subject matter then proceed with great purpose. If you’re disgusted I ask you to slowly place the book down, take a few steps back, and find yourself something a little more your speed. For me I thought The Son of A Certain Woman was a great trip to 1950’s Newfoundland filled with a bounty of new experiences and I look forward to reading more from Wayne Johnston in the future.