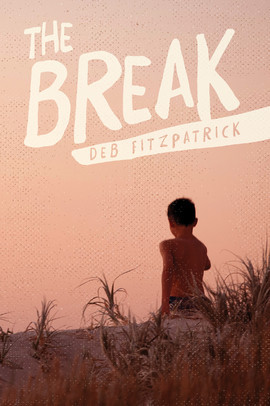 What happens when the one aspect of life that you have left to use a rallying cry, as a means for something to preserve, could eventually end up tearing your family apart? For the Crowe family what starts out as a typical family drama ends up becoming much, much more than they ever could have imagined.

The Break is a story about the similarities as well as the importance of families and the environment. The balance that it can provide, and the sanctuary it can become for people. The need for escape when times are tough, the feeling of purpose when feeling inadequate, the feeling of renewal when change is necessary, and the need for beauty when the world your living in is so very ugly. While your waiting for life to change, it’s there waiting to change you in one way or another.

Twenty-two-year-old young woman Rosie is a journalist for The Messenger. Already at a crossroads so early in her career, Rosie wants to cover honest and uplifting news stories while her editor Frank wants her handling the more investigative journalism that focuses more on bloodshed and exploitation. She doesn’t feel like she’s in control of her career and is struggling with coming to terms with her role. From a wider lens she dreams of achieving a freedom in life. She would like her life to be different, filling it with meaningful work and environmental sustainability while dealing with the dissatisfaction she receives from her more traditional parents. Rosie has a tough road ahead, all she can hope for is that she makes the right decision in regards to the denial of a solid income vs. the denial of morality and the principles that make her who she is. 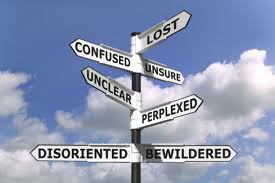 “How freeing it was. Somehow, she had an excuse for shabbiness now, whether it was the book, or her clothes, or the fact that none of their plates or bowls matched, and just having to make do. Making do felt better than wanting things, so much simpler. She’d almost forgotten, she thought. Of how things could be, how the day could be. The midmorning blue of Fremantle’s sky; the strange mix of daytime shoppers. The musty smell of a second-hand book.”

Cray is struggling with his demanding schedule as a project engineer for a mining company called Leonora. At thirty-years-old he is seeing schoolmates get married, have children and consume,consume,consume. Cray loves the water, he lives for it, and he is starting to become unattached from the rest of the general public and their hunger for money. He has reached a one-third-life-crisis and is determined to start doing what he feels he must do even if it doesn’t involve the abiding of other people’s expectations.

” ‘Birth, school, work, death. It’s hypnotising, just saying it,’ he said, looking outside at the old buddy with a suitcase of toiletries heading off towards the shower block. ‘Life according to our parents generation.’ “

Fergus is responsible for the family farmlands. With so much time devoted to the preservation of the greenspace he has taken his wife, his son, and his mother for granted. None of this is intentional but it is having adverse effects on those involved. He means well, but the love that he has was oh so evident some time ago, but now, over time it has become buried in the sand like an ancient artifact in need of a spirited beachcomber. Fergus has a difficult time understanding how his parents would favour a child who takes advantage of them and defers all of life’s responsibilities while he works his fingers to the bone trying to keep the farm upright and profitable. Fergus has sacrificed years on the farm, when ideally he would have been traveling the world with his partner like the rest of his peers. Resentment and jealousy for his brother has taken over his being and anyone in his path will understand the pain he feels.

“It felt awful to relive old jealousies. The thoughts corrupted you, scored your insides, and yes knew he had to just let it be. Maybe it was part of why he’d only wanted one kid, one Sam. So he couldn’t slip into that himself, as a father, being closer to one child than the other – so cruel, so unkind. Thank god Sam would never have to deal with that.”

Liza feels like a robot as days after days involve waking up early morning to make scrambles and vegemite toast, washing countless dishes,doing load after load of laundry, cleaning, dinner, cuppa tea, reading books that don’t offer the same pleasure, and sleep that is more restless than relaxed. Rinse and repeat, to say she’s bored with the monotony of life would be the ultimate understatement. She’s closely inching towards making a haste decision. Will family pull her back or ultimately push her away?

Pip is still dealing with the death of her husband Jack roughly three years ago. At one time an avid gardener and cook she has succumbed to her age and has taken up soap operas and other brain frying television shows and activities. She feels like something vital is missing in her life. Pip has been waiting for Michael to come back to her for years, but she is wondering where she went wrong in her parenting. She wants her whole family to come together and become more of a united front, but other distractions have kept her from going forward with achieving what she wants most.

Mike is recovering from a drug addiction that once manipulated him into forging signatures and withdrawing a lot of money from his parents bank account. With his busy schedule he has indirectly put the majority of the family farm work on his brother, and had an influence on putting his father into an early grave. Ferg and Liza saved his life, but what Ferg and Liza don’t realize is how much he despises their wedded bliss and perfect household. Mike is dealing with the after effects of his drug addiction as his wife divorced him and left the country, his brother doesn’t trust him, and his guilt has made him dislike himself. With the love of his mother and his nephew Sam he hopes to reach the light that is a mere shimmer at the end of the tunnel before his life goes forever dark.

Sam found his solace in his personal computer, “his freeway of information” where he could learn more about his primary passion in life, astronomy. Being nine-years-old he, like many other children his age hate it when his parents fight. It bothered him so much so that even the things that brought him great joy would not curb his sadness.

Personally I thought this was a very solid read. I liked the deep-seeded issues in every character and how each had their own struggle but their own rights to happiness. The author draws the reader in with the beautiful writing, the characterization of the people, the place, as well as the methodically slow development of the plot. The big problem was the lack of connection between the two involved groups of people. It seemed a little forced to put an end to a story, but needed more interaction between the parties for me to fully buy in. At times I didn’t see the value that Rosie and Cray brought to the story. I thought their ideals didn’t make for a poignant story, it kind of had an “ok I get it, cool story, now let’s get on with it” reaction for me. It reminded me of a young adult novel. It wasn’t until Rosie met Liza and had an epiphany that I felt the interest level rise, but other than that I wasn’t feeling their underlying connection. I also felt Michael’s portion of the story was missing at points. I may be giving this book a fair to average review but I am sure this one will stay with me for a while as the relationships between the environment and people were beautiful, very inspirational, and haunting at various times throughout.

“She hated to say it, but she wanted that almost spiritual bond with the water. It was something you could always fall back on, even when things made no sense or had no reason, you could always swim out towards the sky, and turn again to the land, that layered mound of sand and rocks and soil and time, the water between them, the sky and the land, keeping you up, keeping you moving.”