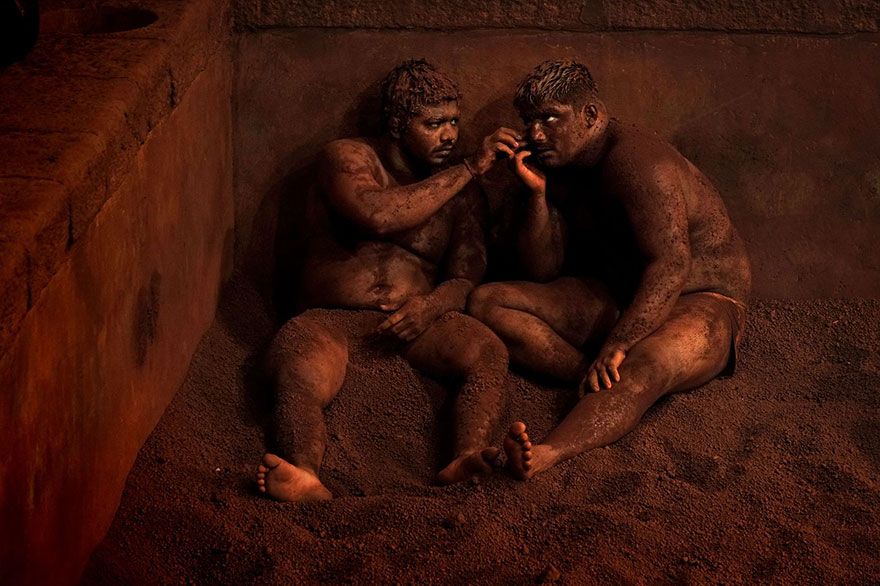 “Heavy rains fell on the inner city after a long dry spell, washing away the layers of limestone paint from the old buildings, exposing more patches of their brickwork. Water, which had united elements in the process of construction, now aided disintegration, allowing decay to make deeper inroads into the edifices. New cracks formed in the aged roofs and old walls. The groundwater rose. The old sewers overflowed and puddles of rainwater formed in the alleyways.”

On the surface this book seems very simple to comprehend, but when you let your feet sink deeper in the sand you uncover the physical, psychological and emotional difficulties that afflict the characters in this story. Individually they are in the midst of their own personal search for the meaning of life, and how they will decide to live it if in fact they find it. Initially it seems that every character has it all together even with the craziness that the Partition of India brought to South Asia in 1948. As the infrastructure of the inner city and the foundation of mankind is crumbling, and division between republics is established we focus on the spirits and values of three primary characters. We begin to evaluate if the outside disturbances will begin to manifest and bring about the deterioration of their own human condition. Only reading will answer the question.

Ustad Ramzi is the head of a Pahalwan clan and has been a champion wrestler for the past fifteen years. As he is getting older, daily training sessions are having a degenerative effect. He can feel his body slowing down forcing him to now focus on the next phase of his life, passing on his knowledge and teaching the craft to young members at his “akhara” or place of practice. The partition has only left two akhara’s remaining throughout the region, giving Ustad Ramzi a chance to pass on the cultural values and principles of his ancestors to his young apprentices. Tamami is Ramzi’s younger brother and it is apparent from the outset that there is a generational gap between the two of them that is separated by more than just experience. Tamami is an aspiring champion wrestler like his brother, and with his older brother’s body in decline, Ustad wants Tamami to eventually take on his duties of the akhara. However; unlike his brother Ustad, Tamami thinks very highly of his untested skills leading to an inflated ego. What Tamami fails to remember is that with great power comes great responsibility. Tamami wants the fame but he is not taking his training seriously. The conditions of the akhara are waning, and he shows a lack of respect for his senior clan members. All of these negative revelations with one short-term experience of control has lead to much shame and embarrassment for the pahalwan clan.

“When a pahalwan held himself back before an opponent in an akhara, he betrayed his oath to the clay of the akhara. Tamami had broken his oath from greed. Once the faith with one’s creed had been broken it did not stop at one disgrace; a storm of evils was bound to follow. In days to come there might be more. A canker was eating away at Tamami’s soul and it could not be carved out to any perfection. Ustad Ramzi told himself.”

Gohar Jan is an accomplished singer regaled for her performance, her beauty, and her abilities as a courtesan of high-repute. She has a clientele list consisting of the upper-class, powerful, and respected men that routinely show up to admire all of her abilities, not just the obvious one of sexual gratification. Frequent visitors included young men wanting to learn the inner workings of these societal and cultural norms, while older men desired the social aspect and the embracing of their lost youth. Ustad is a frequent visitor to Gohar Jan’s “kotha” (high-end brothel), which is a bit odd given that he has been living a life of celibacy all of his life. He has been going to her kotha for years, he finds Gohar Jan’s music to be great for his spiritual conditioning through meditation and in the end his performance level as a champion wrestler. As Gohar Jan is aging she has undertaken some courtesans as understudies known as “tawaifs” and “nayikas” to help ease the physical and mental strain. As her loyal customers dwindle, her understudies depart, and the state of her kotha is deteriorating, Gohar Jan is left contemplating her next step. 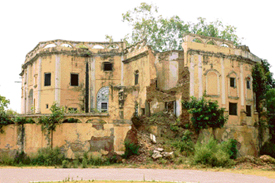 In a day and age when modern day combatants in a geometrical shaped entrapment are rubbing baby oil all over themselves to gain a competitive edge, it is refreshing to see Ustad rubbing clay on Tamami’s body to indicate fair play and good sportsmanship. With sports clichés like baseball is played between the lines, I think it is fair to add between clay and dust to the list of thousands.

Because of the unfamiliarity with the language, the time, the country and the idea behind the story, in conjunction with the reliance in the utilization of your own moral compass, the narrative is delivered with a semblance of a modern day fable with great social commentary on the human condition. There are plenty of opportunities for personal reflections while you read this story. With all of the internal struggles for each character I found myself depressed at the unsympathetic actions and the stubborn nature of a few characters. This author did a great job in evoking a compassion and subtly altering your feelings to the point by the end of the novel you really don’t know how to feel. There are plenty of lessons to be learned within the pages of this book. At times the story may seem simple but the author’s execution and his ability to manipulate was amazing.

” ‘Sometimes it is a difficult thing,’ Gohar Jan’s voice interrupted Ustad Ramzi’s thoughts, ‘to go through life carrying all the memories of your family, knowing that both the memories and family will end with you.’ “