“He knew then what was so awful in his visions, what gave them their power to terrify,
to torment – to make his life seem so peculiarly hollow all of a sudden: they were true.
That fragility he had seen, the mortality, the vulnerability – they were everywhere. It
was no great revelation that everyone was naked beneath their clothes, that the city
and everyone in it would someday crumble into dust – except that it was.”

Let me just start off by saying that I am not all that familiar with the biblical book of Jonah and the Whale or Noah’s Arc or any of ther stories. All I know is that Jonah lived in the belly of the beast for a few days and how much that thought terrified me as a child and how Noah had different animals in rows of two where he survived extreme conditions. I grew up in Catholic schools but do not recall the messages behind these stories so I will try my best to decipher the symbols and compare/contrast the author’s execution of the Good Book’s premise.

From reading there were plenty of references to the uncomfortable feeling of torrential rainfall on clothed men and profuse sweating suggesting a focus on moisture, the inescapable nature of death and the struggle of Good vs. Evil. The latter two are commonly found in literary fiction, but a man suffering from hyperhidrosis was a little weird and the use of pathetic fallacy to reflect his point was overdone. After reading, these messages seemed to come up quite a few times, but I couldn’t figure out the whale aspect, unless in a perpetually-pondering world where you can swallow yourself up whole in your own thoughts and beliefs was the vehicle he was using, I would contend that he was a tad obscure. He should have just gone right out and said: 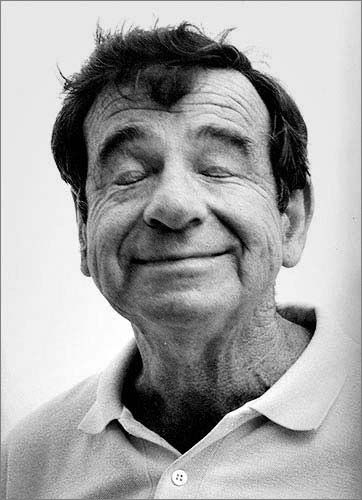 Jonah Daniel Jacobstein is a thirty-two-year-old bachelor and tech-reliant lawyer who works for Cunningham Wolf & Associates one of the oldest and most prestigious law firms in New York City. Despite being a religiously-ambivalent lawyer, Jonah is polite, likeable, and conscientious in a corporate world surrounded by socially-inept assholes. After grinding it out trying to accrue enough billable hours in order to become a senior partner, Jonah is offered the chance of a lifetime and a pathway to streamlining the extremely gruelling process. Will he take the opportunity or will some other meta-physical or spectral presence cloud his mind?

In his personal life he is seeing two woman concurrently the preside at opposite ends of the table. Zoey Rosen works as blogger or “B-girl” for a celebrity tabloid called Glossified. She is angst-ridden and insecure about her body, which probably can be attributed to looking at beautiful celebrities all day. Like many twentysomethings she carries financially debilitating credit card debt from student loans and she is, for safety’s sake what would be categorized as his girl-on-the-side. Sylvia J. Quinn is the quintessential “perfect” wife for him, she is a career-conscious Senior Analyst for Ellis-Michaels who had a similar upbringing to Jonah coming from a divorced family. Sylvia is financially free and generally share a lot of commonalities, but in the end they have no faith in one another. No matter how happy they seemed to be, there was always something missing, hence the girl on the side. In the end Jonah and Zoey have little in common but love, Jonah and Sylvia have plenty in common but love.

At times I was reminded of pretty much every Woody Allen movie featuring upper-middle class academics with references to New York, Jewish faith or lack thereof combined with varying neuroses predominantly speaking of the fear of death. One particular character that I thought of was Robin Williams character in Deconstructing Harry who to the outside world becomes out of focus because internally he is losing his grip on who he really is. In the book there is a scene where everyone is naked and no one can see Jonah because he is clothed brought about some similarities. He looks to regain focus through various measures much like the lead character of Jonah.

Judith Klein Bulbrook is a brilliant and beautiful young girl with a good middle-class upbringing raised in academia by a Doctor father named David and Poet mother named Hannah, where seemingly her only fault is that she is athletically-challenged. After her acceptance to Yale she leaves the nest and embarks on the real world where she is a willing participant to be used as God’s instrument, but fails to realize his presence. After a tragic incident that kills her parents, Judith comes to the drastic realization that her parents were liars and that there was no preordained plan for her. She believes her parents sheltered and coddled her, leaving her as a woman unable to deal with life and how to cope with death. As a result her faith is shattered, and she lives her life to gather experiences that beforehand would have never entered the realm of possibility. With the absence of answers it is up to Judith to find her own way.

Here is a funny exchange that points to the heart of the book.

” ‘No problem,’ Brett said. ‘Just make me one promise. The next time you think about
having a drink – ‘
‘I’m really not an alcoholic.’
‘Remind yourself that God loves you, and Jesus loves you, and the Buddha loves you,
and the Prophet Muhammad loves you, and all these faces of God loves you for one
simple reason: Because. You. Exist.” He put his hand on Jonah’s shoulder.”I exist.
You exist. You exist, Jonah.’
‘I know.’
‘You exist,” Brett repeated, nodding.
‘How much is the security deposit?’
‘It’s eighteen thousand dollars. Plus the broker’s fee. You exist, Jonah.’
‘Let’s go upstairs now, Brett.’

One of my favourite exchanges from the novel happened in a dream during a time of turmoil in Jonah’s life. Jonah’s reoccurring dream was symbolic to the story, but Jonah being assaulted by a Hasid at a promotional banquet ceremony was also quite funny and a tad eerie. Jonah is about to be made partner at the firm and as he is giving his congratulatory speech he is intermittently disrupted by a matzo ball throwing Hasid. By my count he throws about five before he realizes it is only something he is haunted by. His performance appears to everybody in attendance as borderline schizophrenia and leads to the understanding that maybe they made the wrong decision in promoting this nutcase. Jonah flees from the microphone, runs down staircases, into elevators, through lobbies, into Central Park, behind trees, over walls and when his chest is heaving, and his mind is at ease, Plunk! matzo ball throwing Hasid was waiting for him the whole time. Again this passage is a tad frightening because of my lack of knowledge of Judaism and the lengths they will go in loose fitting clothes to prove their point. But it brought a lighthearted nature that was needed at times in this book and reconciled the point of the story at the same time. Yes, even in your wildest dreams, kind of like a Hasidic Jason Voorhees. 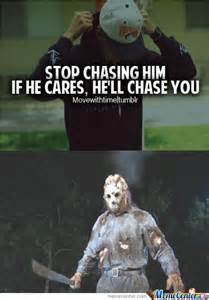 Throughout the book Jonas and Judith are battling inner demons that lead to drastic life changes that happen over short time including relocations, breakup’s, trips to the darkside, brutal honesty, and self-inflicted physical injury. As a reader we all bear witness to their internal struggle as their motivation waivers from one thought to the next. For Jonah he settles on living a life of honesty and integrity by listening to his heart, even in a world that can’t handle the truth. While commitment to her future path whether good or bad is Judith’s. In the end only God can judge them?

Overall, I thought for a first novel the author did very well and over time he will learn to put it all together. If I were to assume what I read about Jewish people from every writer that characterizes them as gospel, there would essentially be little need to get to know them because they seem the same. I have heard of a few stereotypes, but it is starting to become redundant and if I was Jewish I would be insulted that author’s couldn’t come up with anything better than what was being done since the 80’s. I think it is an insult to the Jewish people and would like to see a more complete representation. The conclusion also was one I was anticipating, but it left a lot to be desired. The aspect of this novel that I found amusing was that although this book would be deemed religious it is approachable for non-believer readers, which is hard to find. I will keep an eye out for the author’s future work and anticipate a more efficient result.

“They’re just stories we tell ourselves from the things that happen to us. We’re the ones
who give the events meaning or moral, who conclude that they unfold the only way they
could unfold, as opposed to how they happen to unfold. And we’re the ones who imagine
at the center of them is us, on our little journey, and that it’s God’s hand on the quill pen.
But the fact is, if you’d done what any reasonable person would have, and started taking
pills when you had your visions, so-called, you’d probably be living with one of those
girls right now; and be at work at your law firm, and feel perfectly content that everything
was going exactly according to plan.”