“A woman will think she can fall in love with you because you can write a song,because you can touch some raw emotional nerve that most people don’t even
bother thinking about. Because you van write a fucking lovesong. Because you’re
famous. And for one night: you’re golden. I’ve been golden all over the world. Been
golden with woman whose names would make you blush, they’re so beautiful and so
famous for it. Been golden with two, three, four women at once. But I also can’t tell you the number of mornings when those women were gone before I even woke up,before I’d finished my morning shower. Suddenly, after they’ve consumed you, after they’ve peeled away all your armor and your privacy, they see you’re just an average guy”.

Have you ever watched an action movie where you see all these explosions and car chases and you check your watch, yawn and fast forward to get back to the story at play? You know the bad guys are going to die, buildings are going to get blown up, and vehicles are going to get torn to shreds. I often have this feeling and as a man I am not ashamed to admit it. This book is meant for both men and woman but when you have to use that as a qualifier you know that manhood will be challenged in a sense because it is a little less “chick” lit, and nowhere near “dick” lit. However; I believe in a lot of different narratives, men are often perceived as emotionally-absent individuals that have no potential for intense relationships, but over 300 pages men can change…right? This book gives you a glimpse into the minds of machismo and all its convoluted glory. From admissions of love, helplessness, and guilt, to feelings of inadequacy, jealousy, and rage, like weather in the Maritimes/Midwest, we men are hard to figure out. Some feel that the strongest of men have the qualities a woman wants in their partner as well as potential parental figure, but also have the ability to make you feel that they could run through King Kong in an alleyway in order to keep their family safe. This book reaffirmed my belief, which I’m thankful for because I was starting to feel my manhood shriveling up inside me after reading another book a few weeks ago, (as an aside, I thought The Expendables and The Raid Redemption revolutionized the action movie genre with crazy sequences and enough blood and guts it would make a slaughterhouse look industrially-cleansed. I look forward to more movies like this in the future). Man Card reissued, phew, that was indeed a close call, I was beginning to think flexibility was a crutch.

Shotgun Lovesongs is a story of the evolution of friendships and how as much as you think you know about the one’s closest to you in reality there are always room for surprises. A group of friends brought up in the same small town of Little Wing, Wisconsin grow into men with vast differences. Henry Brown is a typical Midwesterner, hard working, loyal, family man, farmer. Leland Sutton is a famous indie rock singer living life on the road but longing for home. For him sincerity is a key to musical success in life, it is a possible flaw if utilized haphazardly. Kip Cunningham is a commodities and stocks trader who returns home after nine years in the big city hoping to supplant the spiritual defeat that has always afflicted him but only recently came to a head. Ronny Taylor is a man with a dream of being a rodeo cowboy and has hopes of getting out of Little Wing and never looking back. After a severe accident where he incurred an insult to the brain, his dream of riding bulls is over, but his other dream remains very much alive.

The everlasting search for meaning and the downfall of being a free-thinker. If we all could live in a world of oblivion the suicide rates would decrease, marriages would last till sickness and death, depression would be an afterthought, and happiness would not be a subjective reality. With that said the world would be quite boring with no chance for personal triumph and a unique storybook ending. This book has a great familiarity about it and a tone that is very tangible. Generally I love books that cover relationship dynamics and the independent thinking that each person brings to the table. Everyone has their own story, their own values, their own motivations, and their own beliefs. This book brought several distinct narratives that evolve throughout the years and as a reader you bear witness to the changes. It is amazing how your very own feelings can change about a character from one point to the next and it is only exacerbated when you get the chance to live in their head for a passage or two. A story with one narrator gives you the fly on the wall type feel whereby you only judge on physical action, the multiple narrative shows you how action can contradict your internal motivation and how badly it can be mismanaged.

“I came back here and I found my voice, like something that had fallen out of my pocket, like a souvenir long forgotten. And every time I come back here I am
surrounded by people who love me, who care for me, who protect me like a tent
of warmth. Here, I can hear things, the world throbs differently, silence thrums
like a chord strummed eons ago, music in the aspen trees and in the firs and burr
oaks and even in the fields of drying corn.” 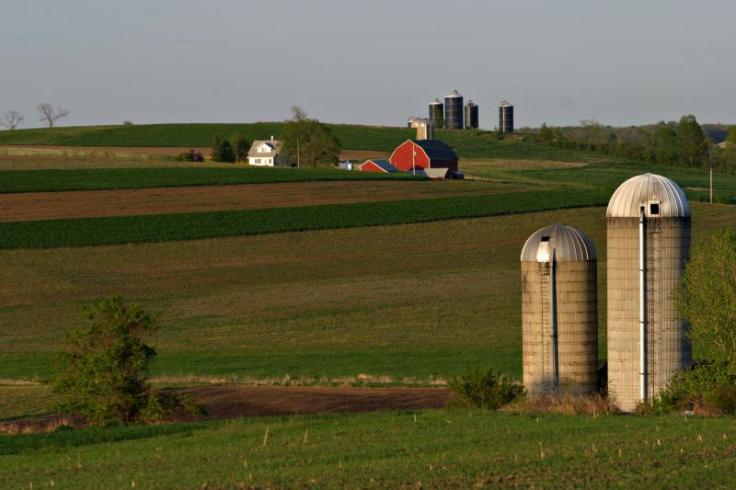 From one perspective you receive the lyrical, rhythmic and sincere narrative of Leland, you also get the Midwestern twang of golden heart renegade Ronny, the financially sound, but spiritually-longing Kip, the cloying yet contemplative Bethany, and the eternally hopeful Henry. At times their voices are steady and consistent, at others you see the changes life can bring and the reflection on their internal perspective. The author definitely could have gone further to strengthen the viewpoints rather than issuing a different vocabulary. It reminds me of a novel where an author tried a multiple narrative with different senses of “humour.” The problem was that he didn’t know how to be funny in one voice so how were they going to differentiate on a multiple level. You have to believe author’s that select this platform give it great patience and thought, with Shotgun Lovesongs it just needed to go,go,go.

As a Canadian I can appreciate the emotional state that the change of seasons can bring, but why are books that focus on seasons fixated on Winter and the “Black December” that hovers over the people. Yes I have seen Beautiful Girls and yes I have seen Snow Angels but really come on, there’s nothing like walking the dog in a mild nighttime snowfall with big fat flakes am I right?  I get that everyone loves heartache and musicians feed on this emotion as a means to their livelihood, but anyone that experiences the four seasons knows that the start of November is the worst time, when hopes of an Indian Summer are long gone and the second week of January when cold is an inescapable reality. Another aspect that was hard to comprehend was the stark contrast in characters and the general acceptance that followed. In a town of a thousand you don’t really get a wide reach with respect to friendships and small town living forces people into your lives that you otherwise wouldn’t bat an eye at. Also, I wish the narrative would have indicated a further inner struggle at points in their early years rather than when they were settled to see how childhood wants fell to adolescent needs. The situation with Henry and his father’s view on relationships formed a great dichotomy of perspective and a possible sign of things to come. Another passage of the novel I enjoyed was Leland’s perspective of true happiness and how during his thirty odd years he had experienced it twice and with all of his achievements it happened at odd times.

“America, I think, is about poor people playing music and poor people sharing food and poor people dancing, even when everything else in their lives is so
desperate, and so dismal that it doesn’t seem that there should be any room for
any music, any extra food, or any extra energy for dancing. And people can say
that I’m wrong, that we’re a puritanical people, an evangelical people, a selfish
people, but I don’t believe that. I don’t want to believe that.”

This book had great potential, but at certain points it lost its focus and in turn lost my focus. There are great arguments made throughout the novel that any adult in crisis can sympathize with. The end of the novel really turns the whole momentum on to its head which made it really ill-fitting. I get that there are lots of celebratory moments with drinking, smoking weed, strippers and such, but the end made it seem that if there were a few more chapters some of the characters would be in the sandbox building castles or having a food fight. The word that I will be left with when thinking back on this novel is potential. This is most definitely not a bad book but with a few adjustments this one could have been one for the top shelf. In the end I would recommend this book to both men and women looking for a character driven plot with great lyricism and atmosphere.

“There are people in your life who are angels. Who pick up the telephone at the
right time and call, because they’re worried about you, because they want to
hear your voice. People who tell you it is all right to cry, or that it’s time to stop
crying and get up, move on. People who tell you that you’re beautiful, that you’re
enough, that they love you. It sounds strange maybe, but when people ask me
about Ronny Taylor, I tell them he’s an angel.”