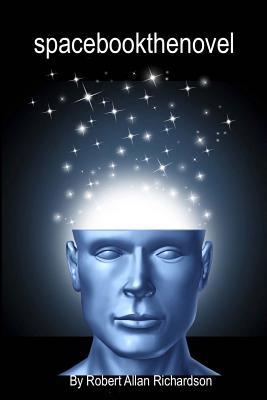 “Since humans first became themselves they have scarcely changed, except in the ways they think. We have always been thinking and thinking again. It is our lot to be guided or led astray, ruled or misruled, by our thinking. Thought narrows or expands; it gathers itself, gives itself shape and direction, and worldscapes follow after.”

No offence to Benjamin Bidwell, but he is the best representation of a man that enjoys the sound of his own voice. What can you expect when you are told throughout your childhood that your sharp tongue provides great potential as a lawyer, politician or preacher. To that point, when you enter adulthood and you find out that you have the power to command attention of a group of people while speaking and have a singing voice that would make the most raucous of canaries mute; what more encouragement to expel the comfort of warm air does one person need?

The unique quality that Ben utilizes in ordinary social conventions is his inability to effectively communicate without seeming like an unsavoury individual. He fails to take into account the intellect of his audience or speak in “Plain English” when speaking with friendly strangers, but he doesn’t come across as smarmy, pompous or condescending. He simply is who he is, and Ben truly is a self-motivated, self-educated renaissance man. Like a great man once said; “It is what it is” and in this highly-conjectured, yet logical read the main protagonist Ben tells his story with no apparent redemption to be sought for the wanting reader. The power of interpretation is in your mind and he holds no responsibility for what comes to your own individual materialization of what he has learned throughout HIS lifetime.

“When I set off for home she extracted a promise from me to come and stay with her again whenever I could, and she agreed to return to Newbury to see me as often as possible. In this way we became – and have remained – our version of a modern couple. As she has been known to put it, in more contexts than one, ‘we are sometimes side by side, sometimes together, and often very far apart.’ “

When Ben was born he purportedly came out the womb talking, the obstetrician present at the time of the birth had to slap the baby to shut up. At age 10, Ben loses his power to speak and when the same doctor is called in for assistance one might wonder how much he really wanted to help or if he was simply going through the motions leaving it up to Ben to figure out. One of Ben’s early proclamations was that when being told that he is filled with hot air he regarded it not as a derogatory or derisive statement, but one of mere fact. Just don’t say his head is in the clouds because really his head was reaching far past the fog in search for the stars. While people today worry about the procurement of things, Ben was focused on the power that higher-learning could bring. Ben wanted his life to be varied, engaging, and intense, a life other than that would be a little too ordinary and in his opinion would be deemed a life wasted.

There are a lot of varying philosophies covered in this novel where the story sometimes feels like a backdrop to the characters viewpoints. Early in the book you are informed that the reader holds all the power in the transmission of the information and for me at times I thought the writing was mesmerizing and the voice hypnotizing. Reading this book was as unique of an experience as I have ever had. The author discusses and provides a situation for a new frame of thinking for many of the topical points that have come to pass over the course of the past century. The oppression, repression, and suppression of woman as well as the fear behind their liberalization with response to the idea of true masculinity. He also delves into the art vs. science debate, modernity vs. tradition, manual vs. mechanical, consistency vs. potentiality and on and on and on. This is a thinking persons type of novel and while compelling, the discussions are covered with such depth that it might be best to enjoy in small servings. But like a rich, decadent triple chocolate cheesecake you will be coming back for more.

With that there is nothing left to be said, but thankfully there is always something coming around the bend.

“It is a remarkable thing, although too seldom remarked, that so much can be made out of these little puffs of air and that they should prove to be so mighty. Of course there are countless books and theories, and multitudes of detailed inquiries into structures and grammars, manners and means, organs and cells, nerves and tissues. They all bear on the great event. Some of them are informative and some are not, but none of them accounts for it: how is it these little bursts of air come alive as meanings, grow capable of contending with all things, and wind up shaping our lives? Nobody really knows.”