“For a while Fozzy rolled the word ‘home’ around his tongue tasting its texture and meaning for the first time, exploring its pros and cons and ultimately spitting it out in disgust. It struck him, like lightning strikes its target, how superficial it all was.The resolve was made to go back and reclaim what was his, what he should never have given up in the first place.”

This is a story of how seemingly true love can go oh so terribly wrong and make a “logical” person wonder how this corrosive couple made it past the wedding planning stage. A hard working tradesman named Melvin “Fozzy” Goodheart (Fozzy explains his term of endearment for the Australian insect population) believes himself to be at the crossroads as a bachelor and begins to long for a person to spend the rest of his life with. On a lonely New Year’s Eve, Melvin meets a young, vibrant, and beautiful young woman named Melanie at a time when she could use a man that works well with his hands. After six months of nonsensical, fast-paced, and spirited consummation of love, Melvin decides to propose to Melanie, and with a $40,000 engagement ring I believe there is really only one right answer whether you want to or not (am I right ladies?) Throughout the six years of marriage Melanie spent her time molding her husband, spent his money, opened up her own bank account, slept with many a gentleman caller and in the end used it all against him in the judicial system. Melvin, the love struck, old fashioned, dim, and hopeless romantic is left holding his manhood in his hands as his marriage abruptly comes to an end due to the accusations of his wife. Melanie was Marvin’s dream girl, but over time, through financial freedom, and an outsourcing 24 hour arousal turnkey system, she turned into an incessant nightmare. This is the story of family law in Australia and how “Just and Equitable” the case of Goodheart vs. Goodheart ends resolutely; read it for yourself to find out if your definition is congruent with the courts.

Think War of the Roses or more apropos to the nation at hand War of the Acacias. There are few times when I get extremely angered by forms of media and their demonstration of lives crumbling around the main characters. I am not talking about the obvious provocations of anger through stories of war, abuse, racism and heavy hitters like that. I am talking about stories of person-to-person manipulation, selfishness, direct immorality and the utter desire to ruin a loved one’s life. Two movies that are regarded as lighthearted comedies that incite rage in me are Anger Management and Mr. Woodcock. There are plenty of movies with the same familiar narrative but these two have struck a chord. To this day I will not entertain the thought of watching those movies for my hearts sake as well as the health and safety of transportable furnishings around me at the given time. This book Just and Equitable has the same effect on my psychological state. It is hard to read as it tests your sense of self and a man’s unwillingness to lose a little with the potential of losing it all. This book challenges the male human condition of competition, sexual desire, pride, and the fear of being alone. This book and I, much like Melanie and Melvin Goodheart had a love-hate relationship. 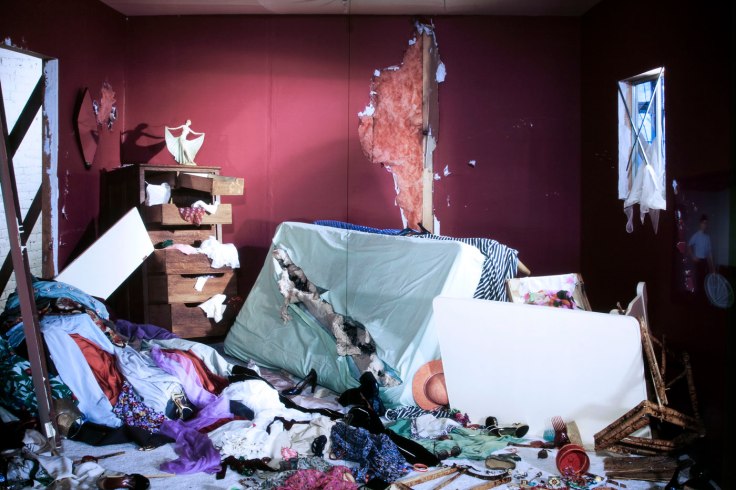 “Everyone simply believed the yarns the bitch spun with out listening to his side of the story. Whoever claimed chauvinism was still rife was wrong. Feminism had well and truly taken over.”

I have to give the author a lot of credit for selecting the man in this case as the victim/protagonist. It would be very easy to have the woman being scorned, but the man adds a nice touch by having a voice that is rarely portrayed in books with this sort of interpersonal relationship. I say the man is the protagonist when in reality he makes a lot of decisions that make it hard to feel a sense of compassion for him. To Melvin’s benefit he was the lesser of two evils, his character back story ultimately pulls you to his side and makes the reader want Melvin to end up getting what he deserves. There is a point in the book where as a man you are cheering for the sole reason of unity and fellowship of man but in the same breath your thinking, “man you are an idiot.” The emotional involvement makes this story a gripping read.

One event in the story where I felt at one with Melvin was during his quest for revenge. Rather than use physical violence, verbal abuse or other destructive forms, Fozzy’s plan was more Amelie-esque (movie reference). He set out to ruin her psyche with respect to what Melanie holds dear to her heart, her fully invested and highly serviced physique. It was ingenious; Fozzy purchased complete replicates of her vast array of undergarments a few sizes smaller than her healthy size twelve. The idea was to plant the seed that the financial stresses were manifesting themselves in the form of added kilos to her lascivious body. That night the rest of his inspiring plot involved Vegemite (Australia’s greatest export), prawn heads, super glue, and rancid refrigerated food, but I will leave that to your imagination.

There are consistent mentions of Australian references which made it more interesting as you get a feel for how their court systems handle cohabitation agreements. The book is written as a fictional tale but with the names of the characters you almost get the feeling that “The Story You Are About To See Is True. The Names Have Been Changed To Protect The Innocent.” What were funny were the names of the lawyers for Melanie: Primrose Bella Donna Hemlock, The Law Firm of Viper, Sting, Nettles, a rotund man named Mr. Larder, and a henchman named Grimwald Reaper. This is a prototypical case of don’t judge a book by its cover. The fonts and the front/back cover are a big put off which in turn subliminally coerced me into delaying my reading and reviewing of this book. In the end I am glad I read this story and would recommend it to anyone in search for a relationship gone wrong and the lengths people will go to get what they feel is rightfully theirs.