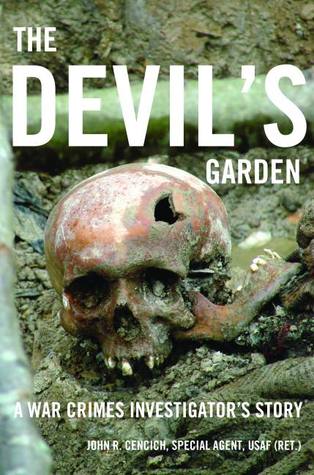 For the realization of a “Greater Serbia”, the ends must justify the means. Prisoners of war being tortured, rape, forced into slave labour,looting,destruction of homes,and the utilization of humans as shields. All violations of the customs of war, and yet it only scratches the surface of the Serbian effects on people unlike their own.The Devil’s Garden is a story of persecution, terror, suffering, death, but ultimately redemption from beyond the grave. This book really delves into the process involving war crimes investigation and all the barriers to success that stand in the way of judicial men doing their job for the dead. For instance, being a man fighting for the rights of the deceased and invoking justice on the perpetrators while also being under heavy surveillance is a grand hyperbole of immeasurable logic. Personally I understand it, but I don’t get it, in a world that makes little sense.

In the world of war crimes investigation there is a tremendous amount of responsibility with little to no margin of error. One mistake can lead to the loss of valuable intelligence and more importantly the deaths of you, your partners, innocent bystanders, and accused criminals in line for questioning.John’s expertise is realized in the realm of interrogation and interviewing of suspects of war crimes.As espoused in the book, interrogation is both an art and science. It must involve psychological, sociological, and accumulated street smarts in order to be as efficient as required. An inordinate amount of understanding must be put in place to get as close as possible to comprehending the killer’s motivations. Throughout the book you are witness to the successful utilization of these beliefs and the shear admiration of the criminals in response to the investigators work and the abiding of the code. Praise is praise, no matter the source.

In 1987, “The Butcher of the Balkans” Slobodan Milosevic while addressing a group of angry Serbians commenced on a new chapter in a 600 year old war when he said “No one should dare beat you again.” Some people viewed that day as the end of Yugoslavia and the start of a war to rid Croatia of Non-Serbs. In the book this was an expedition to the genocide of thousands of people that went far greater than Milosevic’s rule. There were many ways Milosevic went about his extermination of Non-Serbs, but some of the more peculiar events I would like to mention.

Serbian forces were killing their own people in order to influence their public in believing that the Croatian-Terrorists were reinvigorating their historic feud with the Serbian people. Slobodan Milosevic was a big proponent of this tactic, despite being out of office. During the rotational presidency or the “Rump Presidency” following Milosevic’s leave he still maintained control over Serbia while the figureheads where there for the hand shaking and kissing babies. This is a prototypical case of the puppet master pulling all the strings. In coordination with the Serbian crime underworld the Joint Criminal Enterprise established a strategy where heroin would be distributed at little to know cost among the Croats in order to foster increased demoralization and helplessness among the manipulated and infected regions. Found this very interesting and put a new spin on the war against drugs. Milosevic was also behind the orchestration of The Red Berets who were comprised of recently released prisoners and prisoners looking to escape jail time and join the fight. This is very reminiscent of the American movie The Dirty Dozen. 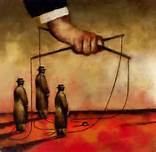 I found this book to be incredibly thorough, giving you a glimpse into the day-to-day turmoil facing war crimes investigators. It covers a lot of the more integral figures during the war and does not leave any stone unturned. The epilogue acts as a closure for the involved parties and gives you the feeling that the imprisonment of these criminals is justifiable in every sense of the word, but their is still a lot of work to be done before this situation is resolved.

“Enmity and division can never make it easier for us to live. I have come to understand that our- the fact that we all belong to the same human race is more important than any differences, and I have come to understand that only through friendship and confidence can we live together in peace and friendship, and thus make it possible for our children to live in a better world.” Milan Babic, President of a self-proclaimed state, the Republic of Serbian Krajina in an effort to establish a “Greater Serbia”