“I almost feel sorry for her now. So easy to feel sorry for someone whose life is full of such tasks and aspirations. Lying here, in her place, on her bed, my head on her pillow, it is all pitifully clear: Emma is the engine of this home, the person who propels it forward, keeps everyone fed and clothed and healthy and happy – and yet she’s entirely alone within it, and getting lonelier with every item ticked off her checklist. This is what it comes down to: the flat-out invisible drudgery of family maintenance, the vanishing of personality as everyone else’s accrues.‘You never asked for this, did you, Emma? You didn’t know it would be quite like this.’

Ah, well. We all have our crosses to bear.”

Nina Bremnne is in a panicked yet impassioned state at the sight of Emma, she is relieved to have finally found her after all these years. At first Emma is jealous of Nina’s perceived freedom while she is inundated with her own shortcomings as a trapped, regimented, forever at beck and call mother. In all her years she didn’t imagine that her life would end up like this. Intellectual and graceful Nina, drab and disheveled Emma; what could these two possibly have in common after all these years. After a quick reunion Nina notices a naivety, a purity in Emma and gets a nostalgic feeling when around her. Emma recognizes a freedom, an elegance in Nina that has all but escaped her very own life. Some people have said that strangers have the best candy, this book will make you think twice about who you invite to a dinner party and with whom you make small talk with in the first place. Lock the door and throw away the key. Like you tell children; safety first, in most cases ignorance is bliss.

Nina is a painter of English landscapes with her own studio in a British city’s downtown core. At one point, another lifetime ago Nina was married to what she believed was an amazing man and together they had a child named Sophie. Overtime the marriage fell apart and Arnold moved across the pond leaving Nina behind with their seventeen-year-old daughter, while also leaving Nina a surprisingly, positively-changed woman. Arnold helped Nina in understanding what he saw in her the characteristics she didn’t even know she possessed. She became liberated from her tiring father, her own personal faults and embraced a belief that there was more life to be lived. Once she felt complete she had to leave Arnold for he knew far too much. 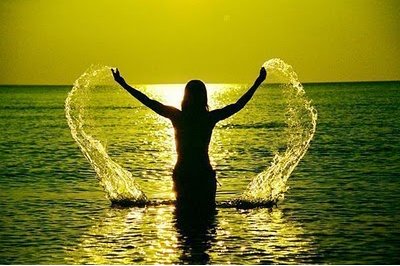 Presently, Nina gets little attention from her career-driven partner Charles or her oh so typical teenage daughter Sophie. With respect to Sophie, Nina feels like she is losing hold of her day-by-day, minute-by-minute. The person she is getting a lot of attention from is one she could do without. Nina’s father Paul is a man that envisions himself as an omniscient know-it-all. A self-absorbed man that needed to have all eyes on him and excitement at whatever cost wherever he went. Nina regards his theatrical nature, his desperation as tiring, as wasteful, destructive and over time develops a bitterness towards him that has only grown stronger. Since her parents divorce, her mother Helen has become a self-loathing and reclusive old woman who filled her free time with various distractions but once they were gone she became overwhelmed by sadness. As you can probably tell Nina is missing an emotional outlet and when the paint starts to dry she will need another release.

“I once heard someone on the radio saying that a bee is never more than 40 minutes away from starving to death, and this fact has stayed with me because it seems to have a certain personal resonance. My children are in a perpetual proximity to catastrophe: concussion, dehydration, drowning, or sunstroke. Keeping them safe requires constant vigilance.

I’ve turned into one of those mothers, full of terror.”

Emma is drowning in the responsibilities brought on by parenthood and feels as if she is fading into obscurity in the process. At once a free-woman with great successes in the television industry, today it seems like ages ago, and like it happened to a different person altogether. At forty-something Emma was a little late to parenthood, but the demands of her career made it more responsible for her to clearly focus on one thing than playing one off the other. Assuming she could get back to her occupational responsibilities once the children have left the nest, Emma and Ben decide that it’s better late than never and make the decision to start the process. Emma has an energetic and quite particular 3 year old boy, and a 6 month old little baby girl. Between sticky fingers, bedtime stories, stained shirts, and restless nights one would hope that loving husband would offer relief, unfortunately for Emma she is the tie that binds this family together and day after day as a compassionate reader your hoping she doesn’t fray. She desperately wants to get back to her day job, is envious of what Ben deems as a bad day at work, but realizes that her professional life in TV is over and domestication is what her immediate future holds. 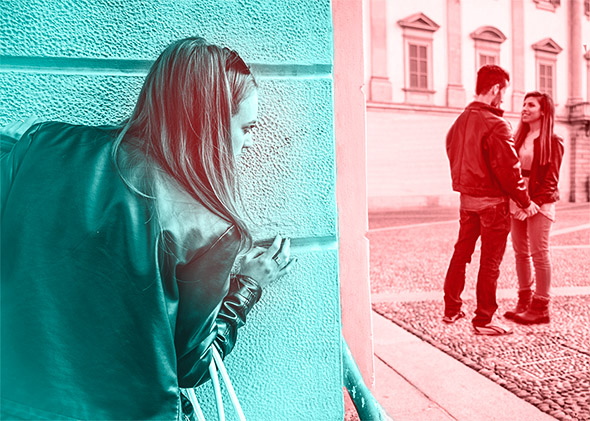 ” ‘I never realised how much mess is involved in just living,’ I say, with a little laugh, giving Christopher a matchbox of raisins and lifting him out of the chair. ‘You know: just making him a meal is the act with a thousand circumstances: all the peeling and cooking and cooling down and cutting, and then afterwards all the scraping and rinsing and wiping and sweeping. One stone, all these bloody ripples. Just the act of tidying up the chaos seems to generate more chaos. I open the cupboard to get out the mop, and when my back is turned he scatters clothes pegs all over the house, or hides the Hoover attachments in the recycling box. Or I find him wandering around clutching the bottle of bleach…’ “

This story is indulgent in adjectives and is written with a purpose, but lacks an ebb and flow in pace that makes it incredibly slow, plodding and difficult to concentrate at times. My initial feeling was a friendship-driven “Hand That Rocks The Cradle” with orchestrated efforts to insert yourself into the lives of others with manipulations along the way. What you get is a prolonged relationship where nothing seems obvious until it seems to be too late. With the author’s continued pace meandering between the lives of two characters, it is hard to have expectations for the conclusion, and although I can appreciate the ending, I still remain dissatisfied with the execution. I had high hopes after reading the first few sections and the grip it had on me, however; the remainder with all of the repetition and little differentiation left plenty to be desired. Which you see with these characters is how envy at one point in life can become a sympathy when you see the “regression” of what once was an engaging personality. The loss of ownership of one’s own life can lead you to living vicariously through that of another. This book will leave many people wanting more but there is definitely an audience for people who enjoy the psychologically-complex books that puts you inside the mind of what makes some people tick.

“Over time, I’ve come to see that so much of a personality boils down to confidence: whether you have it, or not. In many cases, it’s really all that counts. All there is. I started with very little, but found it as an adult, and through Arnold, through motherhood and all those years when Sophie needed me so passionately. I’d guess Emma, having started with plenty of confidence, has gradually lost it. You couldn’t say we complement each other, exactly; but perhaps in some strange way she complements me.”