Dixon’s European sojourn goes awry when she’s arrested for corporate espionage. She’s just an innocent Australian teacher working abroad. Or is she? For Dixon, it’s a matter of wrong place, wrong time. The investigating officers are convinced she’s stolen the navigation and guidance technology from the plane manufacturer Flussair, and that she’s behind the murder of a top-ranking executive. All the evidence points to her, but she insists it’s all a misunderstanding. She breaks out of custody in order to prove her innocence. But there are sinister elements at every turn, including a rising Indian corporation called Nayakall, a people-smuggling prostitution ring in Hamburg, a language school up to no good and a boyfriend with a dark secret. Who can Dixon trust? Will she get out of Hamburg alive? 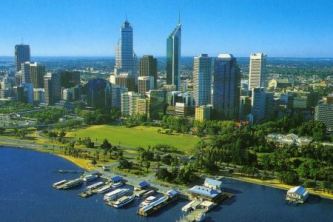 This is the German translation of the famed Sir Walter Scott quote from his epic poem Marmion;

“Oh! what a tangled web we weave, When first we practice to deceive!”

I thought this quote was a perfect representation of the book and felt compelled to include the German variation in my review. I withhold any responsibility for the above translation all credit or discredit lies with Babylon and Babylon alone.

“You know Dinesh? He could sell Christianity to Tibetan monks. He actually does more than necessary. You see, while he recruits Indian interns, he also tries to poach local people who want more opportunity. That’s why Aerospace India has grown so fast. He’s brilliant at sniffing these people out. Single, Low-level position, years going by without a promotion. He finds them and gets them working for us. And they bring all their knowledge with them. He told me he can pick them just by the way they move, by how they carry themselves.”

Welcome to Hamburg the Land of cold shoulders, cold winters, cold coffee but for the sake of the characters in this book, opportunity. A stranger in a strange land is awakened by a localized swat team of armed police officers and dragged to the police station for interrogation where she is cuffed to a chair and left only with her thoughts. Dixon has always been acutely aware of her surroundings but she’s racking her brain trying to figure out what in the hell is going on. Being a police officer in a past life she finds it disconcerting that given her complete innocence she is not allowed her basic civil rights. For her, seemingly everything is in her favour, but she still does a great job of being non-compliant with investigators questioning, being immature at a time when she is the lead suspect for murder of a fellow colleague, and even verbally and physically assaulting economic crime investigators. This is the story of Dixon Treya Grace, be advised, don’t call her Grace Dixon she will not let that go and you will at least feel her wrath or at least a swat on the head. Dixon is a native of Australia with a desire to spread her wings and put her feet on foreign grounds. Her selection is an odd one, but for Dixon, Hamburg, Germany provides that new opportunity she relishes. Dixon decided to leave Australia because of the backward thinking of municipal officials and the gender inequalities felt on a day-to-day basis. Germany is a country that works hard for its global standing but is also the financial backing for continental mistakes which has lead to paranoia and prejudice. From a country once marred by 40 years of internal strife, territorial espionage of intelligence, and false imprisonment to a present day with the same archaic matters. The more things change, the more they stay the same. It would seem that Dixon may have made a poor judgment in her selection of residence for a life’s rebirth. Between living in Australia and Germany and being arrested for murder, Dixon may presume that her biology of bad luck will continue to follow her into an early grave unless she can alter the pattern or unless good luck can find her.

“Innovation is people-driven. You can mechanise a factory every way you want, but you still need people to innovate. This is where the Americans and the British have  got it wrong. They think production and industry is technical, that everything should be automated and outsourced. But machines can’t innovate or invent. Machines can’t imagine. You need people for that. Good people. Smart people. Local people you can trust. That’s why Germany has such a powerful economy. They know that it takes people to make great things. They invest in their people.”

Some readers will have an issue with the alternative narratives and the constantly switching of perspectives between sections. To me it shows a depth, a creativity of an author to connect all the dots from one part of the globe to the other as well as the link from character-to-character without sounding contrived. As a reader I like a challenge, and if a writer has been challenged in their writing and believes in the quality of their story then the reader should be more than willing to confront it. If a novel with this framework is not as coordinated are not as thorough the concept would fall flat, but with 1.9.7 Hamburg I felt the story deserved a complimentary construct like the one found in this book. Over time it falls in line due to your familiarity with place and time, if you are put off by other people’s opinion, please, don’t be afraid the pay offs are well worth it.

This book is not your typical garden variety grocery store mystery with twists and turns on every page. The author  is very subtle and deliberate in her delivery of suspense which makes it mandatory for the reader to pay attention at all times. You don’t hear the beat of the drum speed up in your head, rather the symbol is loudly hit and you think to yourself, wow, I was not expecting that to happen. This book will not be for everyone as it is a little drawn out at times, but for me Dixon was a woman that I found endearing in spite of her brute-like strength coupled with runway model good looks. Woman readers may not like her very much, but as a man it is a good feeling knowing that she is more than capable of taking care of herself in the world without the aid of otherworldly superpowers outside of her own will. She’s a woman hardened by life in a country laden with gender inequalities and racial undertones. Her experiences as a police officer changed her perspectives and how she chose to continue her life. I personally loved travelling with Dixon from Australia to Germany and everywhere in between. If given the opportunity I would love to read the sequel in the Dixon Grace adventure series.

“But then she catches herself, thinking that these guys don’t look brave enough to hit a girl; dropping a pill in their drink would be more their speed. Suddenly, she feels sorry for them, and sorry for everyone that comes into contact with them. Something makes her think they live in a van, perhaps together, or they squat in an abandoned beach shack, do labouring work for cash, when there is any, and smoke too much dope. They drink more than they eat. Two worthless guys living worthless lives. Why waste time on them?