” ‘Negative thoughts back you into a corner,’ her mother said to her, smiling, one afternoon after returning from a picnic with the baby in Flushing Meadows Park. ‘They multiply and surround you. Don’t think of what you don’t have. Try to focus on the simple pleasures.’ It was rich, this spouting of shibboleths, this late-stage wisdom-mongering. It was the tactic of a woman who’d played her hand and lost, or worse, never played it to begin with.”

This is an epic multigenerational family drama characterizing the Tumulty family’s post-World War 2  journey from the daily responsibilities of farm life in Ireland to their search for the “American Dream” in Woodside, Queens, New York. 1941- Eileen is the youngest daughter to mother Bridgette and father “Big Mike” Michael Tumulty. “Bridgie” reluctantly moves to Ireland with her husband  anticipating a new enriched life across the pond in a much more progressive country. After settling down, she resists the temptation to fully-embrace the fast pace of the American lifestyle. Mrs.Tumulty has even taken her time in obtaining her citizenship as it had become a pang inside of her. American born Eileen is a precocious young girl who at an early age could discern the authoritative presence of her father and the distance felt from her mother. As she grows up she sadly realizes that her father the hero is filled with hot-air and is a blustering fool at that; leaving her mother scared of this stranger that she thought she knew in a strange land she knew she didn’t. Despite this realization, out of the unconditional love she has for her family Eileen takes on the role of caretaker, cook, cleaner, and part-time student as her parents spend most of their days working and drinking. In spite of all these hurdles, Eileen has visions of climbing the social ladder, moving into a lavish home, having a distinguished career, a successful husband and a few children along the way. As young as she may be she clearly understands that what she wants is to lead a better life than the one she is currently living. Oh to live the post-war American Dream abundance when your naive, invincible and believe you can control every aspect of life.

“She daydreamed that the next person who walked in would be a rich man looking for a dress for his girlfriend, who would see her and change his mind about the drift his life was taking. He would let her forget about nursing, fly her around the world care for her parents’ needs. She could sleepwalk through life, never work another day, never thinking another thought.”

As much as this story is about the pursuit of the American Dream the majority of this story centers around one man’s bout with Alzheimer’s and the lengths a wife will go to keep her husband alive while not compromising the dreams she had as a child. For five hundred or so pages you are enveloped in the day-to-day, month-to-month, and year-to-year deterioration of a character named Edmund Leary. The author does a tremendous job in highlighting Ed’s challenges and eventually eliminating his voice altogether, leaving the reader with the thoughts of his close friends and family for some sort of context. Like the family you are in the dark to what is going on with Ed. You believe it has to do with work-related stress from extended hours which eventually transforms to burnout and a complete mental breakdown. But as soon as you come to that conclusion you realize that there is much more to it than that, as he becomes victim to the physiological-fallibility of man and eventually comes to terms with the tragic disease known as Alzheimer’s.

The characters in this book are both inspirational but at times permanent, uplifting yet dispassionate, inflating yet depressing, but the book predominantly lies on the darker end of the emotional landscape. This book focuses on the middle class in America where as a young married couple the Leary’s are overcome with aspirations, joy, hope, and potential. As they become older they end up being swallowed whole by the dreams in which they tried their best to achieve and in the end tried their best to hold onto. Stuck in the middle with you. One of the most poignant moments that happened in this book for me was the family trip to the Baseball Hall of Fame in Cooperstown, New York. A character named Connell is in the height of his expected teenage angst where past pleasures like baseball aren’t as high on his current to-do list. His father Ed who shared a love of baseball with Connell has already exhibited signs of odd behaviour causing a detachment from the son’s point of view. Sensing this distance Ed grabs hold of his one and only child, looks him in the eyes and offers him some life advice that goes beyond expectation. Connell can see through the haze and for a long time coming can see the father he once respected and admired as a young boy. Here’s a taste:

” ‘I want you to listen to me,’ his father said. ‘I’m going to talk to you seriously for a minute.’

‘I’ve noticed something in you that worries me,’ his father said. ‘Maybe because it reminds me of me at your age. I made life harder for myself than it needed to be. I see you hardening yourself. That isn’t you. I see you closing your mind. You are open and beautiful.’

‘All right, Dad,’ he said, putting his hands up to stop him.

‘Life is going to give you things to be angry at. I don’t want you to be consumed by that anger or forget how much you are capable of.’ 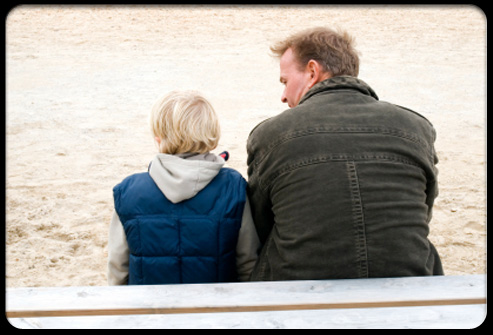 The author’s approach is to enlighten the reader with various character’s life ambitions from their various stages in life. As the story unravels you begin to see how life reveals itself to them and if they were handled with a heavy hand or a gentle touch. Does the way you respond to the roller coaster of life change your path? Or is your fate predestined before your born? What if a medical condition takes your free will away from you? What happens when you make decisions with the mind rather than the heart? As you read this book you begin to question these existential ideals and wonder if it really is beneficial to stay true to yourself or if a change of perspective is in order or perhaps even out of your hands. But in the end the only thing that you can be certain about is the uncertainty of life.

After further contemplation, what I realized after reading this novel is that everyone has their own composition of what constitutes the grandeur that is the American Dream. At first I thought that Ed was the only one that truly achieved it. From the first time we meet Ed until his last days, he never wavers from who he truly is and what he wants to represent. In the end everyone attained the American Dream and what you can take away from the novel is to do your best to ensure that you remain true to yourself and not the ideas of others.

“After his father was in the chair, Connell watched his knee for some vestige of the gesture that had bound them over the years. It bad begun when he was young,when his father would throw his arms around him and declare, ‘What a good boy I have here.’ Early on in the illness whenever Connell hugged him, his father squeezed back and said simply, ‘Good boy.’ When his father began to lose his strength, the squeezes turned to pats; when he lost his coordination, the pats became pounding slaps. ‘Just rub,’ Connell said once as they clutched. ‘Rub. Now just keep your hands still for a second, like this.’ Then his father started to slur his words, so that all he could say clearly was ‘Good,good,good,’ and then eventually that ‘good’ gave way to an inarticulate sound – but Connell knew what it meant,even if no one else could have interpreted it. Then Connell would lean down to initiate a hug, and his father would reach up from the couch, until eventually his father didn’t reach up anymore but just patted his own knee. The final stage came when Connell noticed that his father patted his knee whenever Connell was even in the room. Now, though, in the wheelchair, he didn’t move at all.”