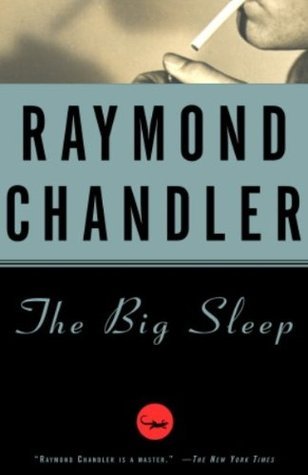 When a dying millionaire hires Philip Marlowe to handle the blackmailer of one of his two troublesome daughters, Marlowe finds himself involved with more than extortion. Kidnapping, pornography, seduction, and murder are just a few of the complications he gets caught up in.

“The entrance door was set far back in the middle and there was a copper trim on the windows, which were backed with Chinese screens, so I couldn’t see into the store. There was a lot of oriental junk in the windows. I didn’t know whether it was any good, not being a collector of antiques, except unpaid bills.”

Private Investigator Philip Marlowe is primed for success and dressed to impress as he is called in to the expansive West Hollywood estate of oil tycoon General Guy de Brisay Sternwood. He hopes that he will be given an opportunity to take on a seemingly easy job with a principal focus and potential for a big payday. The General is an older gentleman who is very ill and has two daughters that give him quite the trouble and run-around when questioned. Usually when you have a parent with the physical limitations that Mr.Sternwood has, the children are very mature and cater to their needs, which simply can’t be said about Vivian and Carmen. Upon first impression the pronounced physical characteristic that strikes Philip about the Sternwood’s are their crazy eyes. Marlowe is hired to stop a rare book dealer from blackmailing the General through a scheme surrounding one of Sternwood’s daughters, but he quickly finds out that there is more to it than meets the… ‘eye’. Blackmailing quickly turns into murder, bribery, abduction, greed, corruption, suicide, and other nefarious activities with amoral individuals that may lead Philip to his final big sleep.

The author that developed the prototype for the noir leading man, that many have tried to emulate, started it all with Philip Marlowe. Now a cliché, Philip is a bourbon drinking, tough, cynical, honest, chain-smoking private investigator that takes no guff from anyone. What I noticed was that Philip has an innate sense in his appreciation of the beauty he finds in women that come along the way. This is a man that if you ever felt a little down, a little insecure you would want to search out, he wouldn’t go out of his way to woo you, but upon being in his presence you would immediately find yourself hoping he would. Unfortunately for you he keeps his thoughts to himself, unfortunately for Mr. Marlowe he will come across two young women that will test his mettle. Like a secret service man looking after a precocious first kid, Philip may wish he never decided to sign the dotted line and take a job like the one that’s been accepted. 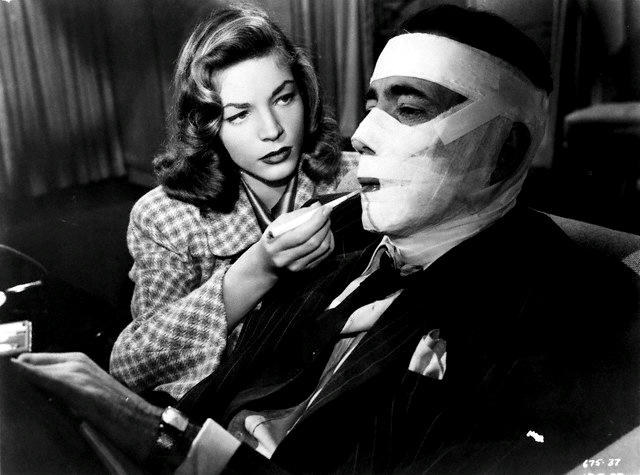 “All this time the soft giggling went in from the bed, that sound made me think of rats behind a wainscoting in an old house.

I dug a cigarette out and looked at her with bleak eyes. ‘I bet I can. You came through the keyhole, just like Peter Pan.’

‘Oh, a fellow I used to know around the poolroom.’

This book is obviously dated with all of the mid 1930’s lingo and the normal social expectations of the time, so let’s get beyond that point and talk about matters outside of the misogyny, homophobia, and blatant racism. The book does a great job of pulling you in right from the first page with the family dynamics of the Sternwood clan. There are plenty of characters and intertwining plot lines to follow that makes for a difficult read  It does however regress in the middle before picking up the momentum towards the end. You begin to doubt the promise you had before starting the novel but the end provides a reassurance as to why you ended up buying it in the first place. The author’s constant descriptions of the California weather or other environs were a little cumbersome, but some drew my attention that focused mainly on the wonder that are women and the metaphors that brought subtle humor from his day-to-day life on the job. I will give Mr. Chandler another shot but it will be with less of an enthusiasm than the one I had before reading The Big Sleep.

“I was as empty of life as a scarecrow’s pockets. I went to the kitchenette and drank two cups of black coffee. You can have a hangover from other things than alcohol. I had one from women. Women made me sick.”