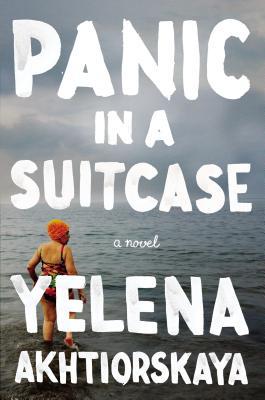 “But what about her uncle? She had so little to go on, practically nothing of any substance, and yet he loomed so large over the entire household. He was a mythic creature, a legend. It was impossible to imagine him as the father at a wedding. Dancing? Rejoicing? He slipped out of all the scenarios her mind conjured up for him. Sitting in a dentist’s chair, offering from a menu, stretching a hamstring, filing taxes, following a tour guide – not Pasha. Her uncle didn’t tie shoelaces or own a cell phone.”

Beginning in 1993, Pavel Robertovich Nasmertov, regarded simply as Pasha to his friends and family has finally made the decision to leave behind his old town life in Odessa, Ukraine to that of the contemporary new city approach of Brighton Beach, New York. It seems fitting that a man of incredible neuroses has traversed the seas to the city that never sleeps as well as the widely-regarded phobic capital of the world. You would think that a man like Pasha would fit right in, but if he is a square and the planet earth is round then he may have to go intergalactic to find a true comfort zone. Joining his recently emigrated parents Esther and Robert, sister Marina, niece Frida, and brother in law Levik in a quaint apartment, he is bombarded with pressures from his mother to join them in the land of freedom and opportunity. Beauty is definitely in the eye of the beholder because what Esther views as a glorious new start, Pasha sees as a litany of redundancies with a city shaped by native Ukrainian restaurants, crumbling infrastructure, and familiar faces, all of which is not an enticement to join the fray. Pasha desperately wants to experience the totality of the city and not stay confined to the comforts of his family’s home in hopes of finding something worth staying for. He is an artist after all and there’s no better place to be than NYC.

It is written with a cynical tone that Pasha’s constitution resembles that of a poet; from the superficiality of his being to that of being a sickly man with no redeemable qualities. Internally he isn’t much better with thirty some odd years of breathing in the mélange of Ukrainian air, drinking its chemically-enriched water, and with a documented record of last eating his vegetables thirty years ago, his vital organs and all around health have reached a new low with little promise. Pasha’s mental disposition hinges on his preoccupation, indifference, stubbornness, and neglectful nature towards his family as well as himself. From his mental standpoint this is only a sampling of the man known as Pasha,( I wouldn’t want to lead you to believe that he is an easy man to pin down). Pasha is scholastically superior to his peers but terribly behind when it comes to the experiences of life. Pasha in every sense of the expression has reached the point of no return.

“Summertime in Odessa was rib cage convulsions, leaden handkerchiefs in pockets, motes of blood in phlegm. Dust consumed the city. The boundary between street and sky was obscured, turned street-to-sky spectrum. People with a cough graduated to a hacking cough, people with a hacking cough advanced to emphysema, those with emphysema hacked their last.”

Pasha’s deep contemplation of his immigration to America is in part because of the positive attributes that the west would provide. He would have friends and literary enthusiasts, his concerns of writing in a different language have become defused, his family was there and he had hopes that his son Sanya would be able to provide for the family back in Odessa. His immigration decision was also contingent on the current state of Odessa which was systematically deteriorating: the closing of Pasha’s beloved bookstore, the only poet that he could tolerate died in a drunken stupor, and his beloved coffee candy had vanished from the market. As much as his family wants him to, Pasha can’t come to grips with leaving Odessa for good. He has always gone against the familial grain and has been nothing but a disappointment; so why should he stop now? When his family, the Iron Curtain was still strong in the sense that in and out privileges were non-existent, with the falling of the Soviet Union Pasha had the ability to play the field and he was insistent on obliging these new-found luxuries.

Twenty years and two failed conversions after his first foray into America, Pasha has achieved literary recognition and quite the following in Odessa. He seems to enjoy the big fish, small pond existence. Frida at a crossroads in her own life has decided to come to Odessa for her cousin’s and Pasha’s son Sanya’s wedding. Frida hasn’t been in Odessa since she was two years of age and hardly knew Sanya, but desperately needed something to give her a purpose at this point in her life. After completing her first year in medical school she has realized that she has no interest in seeing it to the end and must discover a true passion. She feels that a trip back to her roots will give her the boost she needs.

“When you find Laska, tell her hello from the pretty but big-nosed girl in the too-short skirts and the too-high heels and the too-low shirts, which was everyone, so stress the nose and that the girl always bought two kilograms of heavy cream and two of sour cream until abruptly in 1991 she disappeared.”

The humour in this story was what endeared me to the author. There were these consistent reminders of time (to the millisecond) since Marina’s arrival to the grand old USA, the health status updates for Pasha, that with a little tan Pasha has gone from looking like a poet to a computer programmer. The whole episode with Esther blaming Pasha for all of life’s problems after in a fit of hysterical paranoia Pasha accidentally burned all of her precious heirlooms, jewels, gold coins, and cash. The goat “anekdote” was also very funny. It reminded me of a story of a man at war who is shot and wants something to take his mind of the pain so someone breaks one of his fingers. If I am not mistaken I think that was from Tropic Thunder and Robert Downey Jr’s portrayal as Kirk Lazarus playing the role of sympathetic doctor in the line of fire. To sum up the Nasmertov clan all you need to know is this; a vacation away to Lake George allowed them to escape their peculiar personalities, an opportunity to not be themselves, to enjoy each other’s company for once, but as soon as they’re in the car arguments ensue and everything is back to normal.

“Merging into the right lane before her exit, all she got was a measly middle finger, which had about as much effect as a blown kiss or a catcall – the juvenile methods of American men. The frequency with which these methods were applied to her was an absurdity of daily life.”

This is a stylistically comprehensive book with nuances and finite details that may give the reader a hard time deciphering between place, time, and dialogue. The content included incredibly-complex people traveling far from their home in search for the American Dream in a place designated by locals as Little Odessa. The book does not have a plot “per se” but what it does have is a host of situations that evoke laughter, sadness, and genuine interest as to what life will bring the involved characters. I get the feeling that in reading this story you have to approach it the same way the author wrote it; with respect, concentration and patience. What I enjoyed about this novel was the fact that it was an anti-immigrant “success” story where the country you go to isn’t always better than the one you left. In the end I have a hard time summing up my feelings, but what I will say is that the talent of the author is there, her humour was destined for me to experience, but her approach and execution were conflicting. A young author that is one to watch. 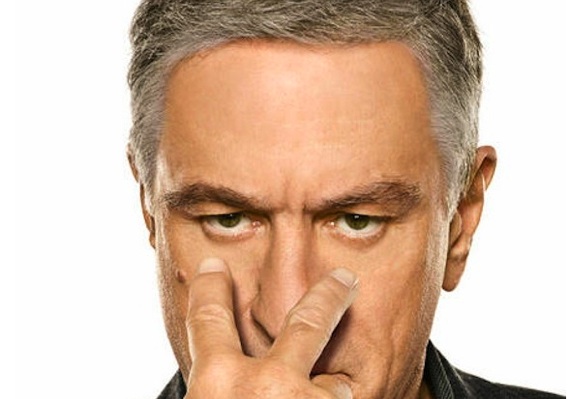 “The storm had Slavic temperament. It arrived with great force, bells and whistles, but burned itself out in less than half an hour.”