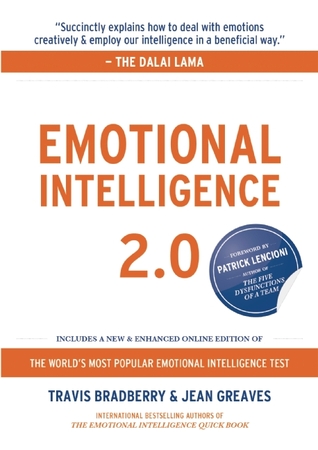 “Your emotions are powerful weapons, and continuing to think that their effects are instant and minimal will only do you a disservice.”

Between the frown lines on my forehead, the laugh lines around my mouth and the smattering of silver hairs on my temples, one would be correct in concluding that I am or I have been a fairly emotional person or an inheritor of genes that belies the importance of communication as a means of getting to know someone. Throughout my life I have always been told that I wore my heart on my sleeve which in itself has had both positive and negative results. As a child I always thought that that was a compliment, but as I got older and more involved with woman as well as occupational politics (both in an exclusive manner) I realized the importance of keeping your emotions in check. I now see the heart on the sleeve as a potential weakness that can be preyed upon, if you let it.

There is an old saying that states a person’s true nature is revealed at a time of tragedy or a state of panic. Being as big of a fan of documentaries as I am I recently watched a special on 9/11 and the long-term affects on New York probably for the hundredth time. As unimaginable as that horrific event was, the sight of trapped people in the twin towers and panic-stricken people running from the debris leaves me with many questions. From a very, very, very outside point of view that is comfy and cozy writing the review with his feet up the thought of being in a situation like that is left for visualization in the mind. I still maintain that it is essential to control the utilization of valuable energy during traumatic times and not to deplete your resources due to a lack of composure. It is comparable to the first story in Emotional Intelligence of Butch Conner and the Great White Shark. Now truth be told I have always had a fear of sharks, once I reached a certain age where childhood freedoms were negated I started to agree with Chris Rock’s thoughts on sharks and how you don’t see them wearing three-piece suits with briefcases walking down the sidewalk so why do people feel the need to get in a swimsuit and play around in the cold, murky ocean. In my best Chris Rock voice “respect each other’s homes, you are not welcome.” The point I am trying to make is that for Butch to realize that his survival was contingent on him controlling his fear and not to be paralyzed by that fear, while looking that fear directly in the face speaks volumes for how people should respond when encountered with the unthinkable.

“Trust is a peculiar resource; it is built rather than depleted by use. Trust is something that takes time to build and can be lost in seconds.”

IQ is a fixed measurement, that is for the most part the same at age 15 as it is at 50. EQ is a measurement consistent with plasticity in that it can be learned over time. EQ accounts for 58% of performance successes on the job and is the single biggest predictor of leadership and personal excellence. Think of Sheldon Cooper for The Big Bang Theory non-responsive nature to social cues when you want to understand the necessity of EQ rather than a mastery level of intelligence in terms of social growth.

Before reading this book and doing the pre-test of my EQ I thought it would be best to see how well I can judge my understanding of my emotional self. From my internal analysis out of the 4 key components that constitute the Emotional Quotient I would put social awareness, self management, relationship management, and finally self awareness as my list from strongest to weakest. After taking the small scale test of 20 questions at TalentSmart.com my results indicated that my knowledge of my emotional strengths was a bit off. My EQ score was 81 and my highest score by a wide discrepancy was a 93 in self awareness and indicated to be a true strength to capitalize on. I view this revelation as the true nature of how EQ is a learning tool. Over the years I have learned to take the good with the bad, control my emotions and handle certain situations with people the way their emotions suggest and not simply painted with a broad brush. The remaining 3 categories were close in results that I can’t isolate a distinct narrative to take away except that they all have the potential to be a great strength with further work and practice.

Beyond the fact that the EQ test was twenty rather simple questions, the EQ strategies were extremely relevant to my emotional shortcomings. Man oh man, these suggestions were dead on, they included:

– Take control of your self talk,

– Focus your attention on your freedoms rather than your limitations, and

– Accept that change is just around the corner.

The book said that “the thoughts that are most influential are those where you literally talk to yourself.” I am a habitual self-talker, (not aloud, now that would be crazy) and am happy to know that what is often regarded as mentally disturbed is in fact emotionally lauded. I have participated in quite a few IQ&EQ tests in the past and within these tests were pages upon pages of questions and illustrations in order to better compartmentalize your results. With the test provided by the book I would have liked a more through questionnaire with specific cases to better gauge my responses and reactions. In the end I feel as though my social awareness is better than the results would indicate.