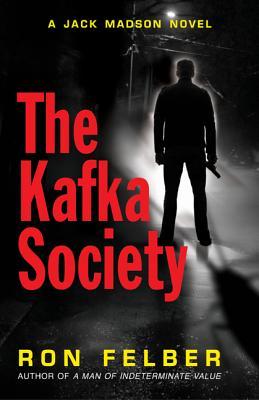 “Kafkaesque is when you enter a surreal world in which all you control begins to fall to pieces and you find yourself battling a force that does not lend itself to the way you perceive the world. You don’t give up, you don’t lay down and die. What you do is struggle with whatever strength you possess. But, you for course, you don’t stand a chance. That’s Kafkaesque, and one’s resignation to that reality, forms the basis of existentialism.”

The book starts with Jack in jail for the double-murder of a highly-sought out prostitute and “acclaimed” pornographic movie star named Havana Spice and Assistant FBI Director Thomas H. Dougherty. The peculiar thing about Mr. Dougherty is that he also happens to be a high school friend of Jack. Unfortunately for Jack he doesn’t possess the most becoming of dispositions and his personality doesn’t respond well to proper decorum which leads to the eventuality of being charged with whatever crime occurs within a 5 mile radius. With the help of his court appointed lawyer Jimmy Bryant and his ex-girlfriend/confidante/lawyer Vicky Benson, Jack is able to obtain bail and receive his get out of jail card. The problem with Jack is that he literally and figuratively has trouble keeping his nose clean. The whole idea of the book is that since you are privileged to the end point of the story from the main characters perspective, the author takes you on the journey and to find out the truth of what, why, and how Jack ended up in this sticky situation. 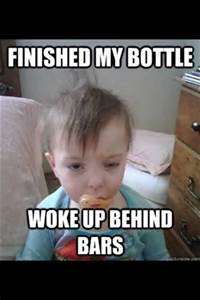 To get to the end you need to understand a little about Jack’s past life. He was born Jack O’Brian in Newark, New Jersey to an abusive truck driving father and a promiscuous yet subservient mother. As a child Jack was relentlessly picked on at school because of his poverty-stricken home life. In his early teenage years Jack witnessed his father’s suicide by self-inflicted gunshot which has frequently and vividly revisited him in his dreams throughout the rest of his life. Jack then enrolled in St.Damian’s (quite ominous don’t you think?),  a Catholic high school where he became a Golden Gloves boxer and an action-oriented leader of a collection of troublemakers. Jack trudged his way through school getting in a few run-ins with authority but otherwise unscathed in comparison to his early years. Jack went on to go to Georgetown University and become a police officer in the D.C. Area where it would be safe to presume that he turned a corner by operating on the right side of the law. After a period of uneasiness he later returned to the Jersey area where he married the daughter of a Supreme Court Justice and was appointed Vice President of Operations at NuGeneration Holdings where he in turn, and by default became a wealthy man. Showcasing his worth and penchant for physical expression Jack was then moved to Portland, Oregon where he stole bio-technology and sold it to the Chinese. Feeling the heat from unrelenting Asians, Jack faked his own death, traveled to Mexico where he enjoyed a life centered on sex, drugs, and of course violence. While Jack was gone his wife Jennifer’s mental state declined to the point where she became a patient at Greystone Psychiatric Clinic. His daughter Tiffany, now a freshman at New York University blamed him for the families untimely demise. As Jack decided to return home and start a Private Investigator firm, you soon realize that throughout all of his life he had gone down the path of greatest resistance, why on Earth would he stop now?

“Do you know what we say about the charlatans over at Homeland and the CIA? We say ‘the only way to uncover the truth is by comparing their lies.’ You see, they’re not men like you and me, Jack. These,” He struggled to find the word, “caricatures don’t live in what you and I would judge to be reality. No, they live in a world built upon the lies they foment, so much so, they can no longer recognize what is real. What is it they say about the difference between neurotics and psychotic? Neurotics build sand castles in the sand and the psychotics live in them.’ Well that is what’s at the core of the American dilemma. It’s Kafkaesque, this society we’ve invented for ourselves. Like Joseph K in The Trial or Gregor Samsa in Metamorphosis, we tell so many lies that one morning we wake up to find the tables have turned. The truth becomes an estrangement and it’s within that house of lies that we’re forced to live!”

As you get closer to the present of this book you learn that Jack is in Washington wanting to reconcile with his daughter but he knows it’s going to take some work. Jack is currently staying rent free at his good friend Eddie Lawlor’s hotel, the Georgetown Inn where he runs his PI business. One morning Jack awakens to find a beautiful young woman leaving his room, in one of his all-to-frequent hangover hazes he realizes he has no idea who she is, how she got there, and what the hell had happened last night? Sorting out the prior nights events he learns that there may have been a few transgressions. Like a bad Ashton Kutcher movie instead of Dude Where’s My Car? It is more like Dude Why’s There Blood All Over My Car (And a Severed Head In My Trunk)? Great movie title if I were to be honest.

This book had all the elements of a good thriller, but it definitely resided on the grittier side of the genre. Near the end is where I feel the book separated itself from being average to a good read.  Secret societies, human trafficking, underground communities, existentialism, bone-chilling weaponry, drug reliant psychological manipulation, public vs. private lives, incorruptibles, high ranking global officials, global takeover, Kafkaesque situations… This book certainly covered a lot of bases. Recommended for people that like a gripping thriller and possess a strong stomach. 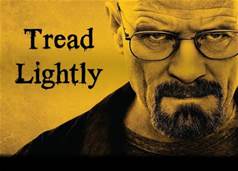 “Formalin was the chemical agent Forensics had identified, Woods told Vicky and me while at the Tombs in Georgetown: formalin, phenols, methanol, and quaternary ammonium, all ‘fixatives’ used by morticians to give the mortal remains of their clients the appearance of one who was sleeping rather than dead. ‘Dust to dust, ashes to ashes,’ the priest had proclaimed at the foot of Johnnie’s grave, but the chemical concoction identified by Woods’ team and injected into the Asian boy’s cranium, and Johnnie’s as well, seemed the madman’s attempt at circumventing the fate of all things mortal, elevating his victim in some bizarre way to the realm of…incorruptible.”

2 thoughts on “March Of The Incorruptibles”