“But that’s where art comes from, he said: life stories. Art history comes along only much later. That’s what art is, he said, the story of a life in all its particularity. It’s the only thing thing that really is particular and personal. It’s the expression of and, at the same times, the fabric of the particular.”

Behold the life of poor struggling writers trying their best to get their foot in the door of the public sphere while living in dilapidated housing or no residence at all. All the while they smoke Bali cigarettes, drinking whatever they can to enable psychological exploration, having no strings attached sexual exploits in order to promote the whole “I’m a lover not a fighter” motif and doing it all over the next day praying that they have a couch to sleep on. This is the routine found in Bolano’s many characters, with minor differences along the way. I guess you can say he embraced the cliché because he was living it and is willing to tell you about it if you decide to read his books. Once you make the jump you will realize that there’s a little more to the obvious melancholia plaguing these method writers.

This collection of short stories by Chilean writer Roberto Bolaño will have many novice or recreational readers shaking their collective heads in dismay, while many advanced readers and learned writers leaving their mouths agape in awe. I kind of fall in the middle; head tilted, eyes slanted, down turned mouth. While I can appreciate the subtleties and complexities of using emotions with few tactile events, I also need complementary moments of action to pique my interest. Where I felt the author did this best was in a story called A Literary Adventure. The author takes the popular disclaimer found in the opening few pages of every work of fiction: “All characters appearing in this work are fictitious. Any resemblance to real persons, living or dead, is purely coincidental” and uses that to have a little fun and cause a little mischief. What were once close colleagues and fellow writers, success has placed a wedge between the them. Wealth, recognition and public adulation can change everything and not always for the better. It’s part of the reason Coppola won’t work with past leading men. Being a man of the people was a great quality, now that you have a home with a hundred windows you tend to be denied the charms that came from humble beginnings. What starts out as an innocent game drives one man insane and the other man waiting for something more. The story Anne Moore’s Life represented a more traditional approach to storytelling that I also enjoyed. It dealt with complex matters such as death, addiction, wanderers, the lengths people will go for love, and even suicide. What on the surface looks like a story about the fear of commitment initiated at a young age, looks more like a story where one person would like to touch the lives of many rather than that of a small few.

“On the horizon I could see the highway disappearing into a range of hills. The night was beginning to approach from the east. Days before, at the motel, I had asked myself , what colour is the desert at night? A stupid rhetorical question, yet somehow I felt it held the key to my future, or perhaps not so much my future as my capacity for suffering.”

Sensini shows that creative integrity goes out the window when bills need to be paid and mentorship takes on a new role while living in different countries. Genuine pen pals to the end even if they had different motivations, the endgame was something they both could fulfill. Henri Simon Leprince is a man bound to his artistry even if his writing is like disease to the soul of the public. Even personal acts of heroism draw the ire of passersby. He must have one of those faces that you just can’t help but want to punch. In art and in life, he seems to me missing a certain je ne se quis. Enrique Martin shows that when you struggle identifying your own poetic voice there are countless others to provide an inspiration or even an imitation. All you want is an audience, and when that doesn’t come you must do something to draw their attention. Phone Calls shows that relationships take two to tango and that medication combined with the right amount of depression makes everything easier through the phone. The Grub is a story about humans being creatures of habit and when the reliance of another’s presence on a daily is gone it’s better to leave the unanswered, unquestioned.

“Once I asked him what kind of women he liked. It was a stupid question, asked by an adolescent looking for something to say. But the Grub took it seriously and considered his reply for a long time. Finally he said, calm women. And then he added, but only the dead are really calm. And after a while, not even the dead, come to think of it.”

Mauricio “The Eye” Silva has an eye (I’m sorry I had too) for photography and beautiful people but a penchant for avoiding violence (Los Angeles would not make a good home). A trip to India serves many purposes, but not what he had in mind. Gomez Palacio – Life’s a disaster, he’s a temporary worker (by choice, not contract) and some crazy, sobbing, women is teaching him how to drive. What does life have in store for him next? Last Evenings on Earth was a great story about a father and son with great differences. There are certain things that you can tell people, and things you simply can’t, even if they’re your father. The son is awaiting a disaster as they set out on holiday. The roles reverse as the son becomes more of an introverted thinker and the father is an extroverted doer. Things happen but thoughts remain hidden, waiting for a later, more appropriate date to be addressed. Days of 1978 shows the effect that one’s own interpretation of an argument, as well as art can have on your own life over a length of time. Vagabond in France and Belgium differentiates the feelings of being notable and memorable. Lost in the world among his creations he decides to lose himself to others. The Dentist is a story that finds two friends at a crossroads in their lives. One is more involved with the concept of love while the other is focused on career. While reminiscing about their glory days they become fascinated by a peculiar young boy. Dance Card is about a socialist who practices nonviolence which ironically finds him in a situation where he is falsely arrested on suspicion of being a terrorist. Among fellow artists, they hate each other, but as creators they are pretty much the same and share the same ideals. 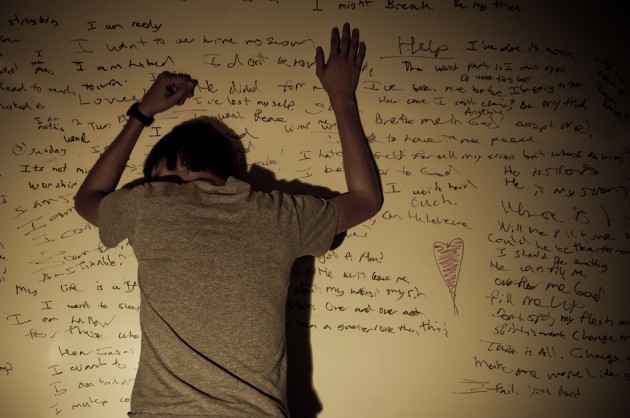 These stories focus on the psychological elements that afflict not only struggling writers, but also struggling writers that have been exiled from their home country’s. From place to place the characters know at a given point in the story that a disaster is approaching. It makes for an interesting dynamic, but when a heavily involved plot is not in the forecast you begin to wonder where the author will take you.

“This is where the story should end, but life is not as kind as literature.”