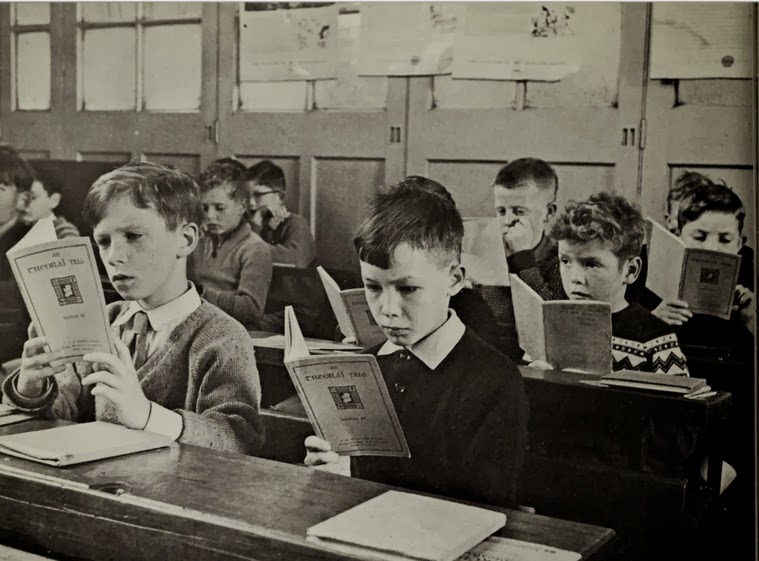 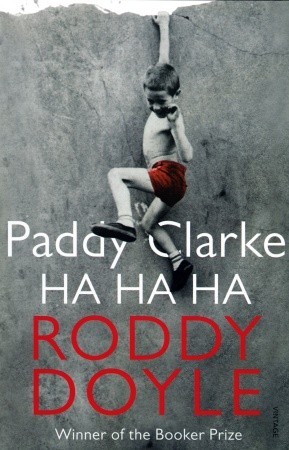 Paddy Clarke Ha Ha Ha is an appropriate title for this book. This stream of consciousness narrative puts you into the mind of a ten-year old where at one moment you can be interpreting one thing and at a drop of a hat you can become fixated on another. The author channels his inner child, complete with the voice that gives this book its conspicuous character. My problem with this book was that there was no story or plot to speak of. The humor involved in this novel is one of Nelson Muntz from The Simpsons who relishes in others pain and disadvantage only to respond with his prominent HA HA, (much like Paddy) when it comes to his friends or his family. They may be together as one in this smothering setting, but for the most part it’s simply circumstantial; just ask little brother Francis AKA Sinbad.

“I looked at Sinbad. He was just my little brother. I hated him. He never wiped his nose. He cried. He wet the bed. He got away with not eating his dinner. He had to wear specs with one black lens. He ran to get the ball. No one else did that. They all waited for it to come then. He went through them all, no bother. He was brilliant. He wasn’t selfish like most fellas who could dribble. It was weird, looking at him. It was great, and I wanted to kill him. You couldn’t be proud of your little brother.”

It’s 1968 and ten-year-old Patrick “Paddy” Clarke is feeling his way through the streets of Ireland. Between getting strapped in school, smacked by his parents, dead legged by his friends and dealing with common environmental hazards in surrounding areas, Paddy is having a difficult time establishing himself in the community. Better to be the hammer than the nail, and Paddy finds himself pushing himself onto others rather than waiting for permission. Growing up on Barrytown Road in Northern Ireland, Paddy is a child intent on discovery and with a dietary schedule that includes Meatloaf Monday, Wednesday Stew, Fish Friday, Shepherd Pie Saturday he needs some to find an opportunity for improvisation somewhere. With his brother Francis (who is referred to as Sinbad because he looks like the sailor from all the stories) friends Liam and Aidan and ring leader Kevin they find themselves travelling through sewage systems, setting fires, trampling through gardens, unintentionally-intentionally killing varmint, shoplifting, playing nicky-nicky-nine doors and other childhood time killers. With nothing much to do from a more structured standpoint they find themselves going off the beaten path. With trouble around the corner, Paddy still maintains a level of playfulness that exemplifies many children’s opinions while growing up, including the odd fabrication or twelve. 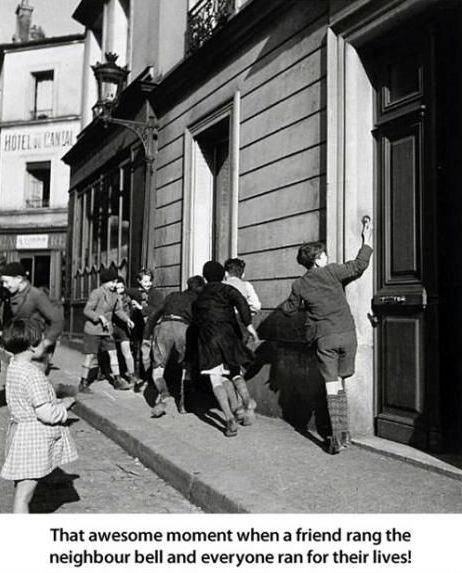 All Paddy ever wanted was to be like his father. They shared the same name as well as the love they had for Northern Ireland Footballer George Best (interesting story in it self). He hoped it would come to a point where they would become the same man. Throughout the story Paddy remains an interesting child as he takes great pleasure in the accumulation of knowledge. At various points in the novel Paddy learns how to read and write braille, he learns about early priesthood and lepers, Geronimo and the Apache Tribe, he also shows enthusiasm about wanting to become a missionary. Our young lad Paddy truly is a renaissance man in the making. For the most part Paddy may be a tough nut to crack, but he’s still a kid and like most kids is scared of the dark. His mom Mary and dad Patrick have varying perspectives on parenthood and with four children, arguments tend to be a frequent occurrence. With respect to their children they often fight in the dark, but words are one thing to reason, blackened eyes are another. As much as Paddy needs his little brother Francis during these troubling times, he can’t help but treat him poorly. All the praying, crying, and sleep deprivation in the world would not curtail the fighting. As time goes on his choice of role model transforms from a person he wished he could become into a person he felt like he needed to become. His starry-eyed image of his father turned into a stone cold image of hardness, disassociation, freedom, and opportunity. 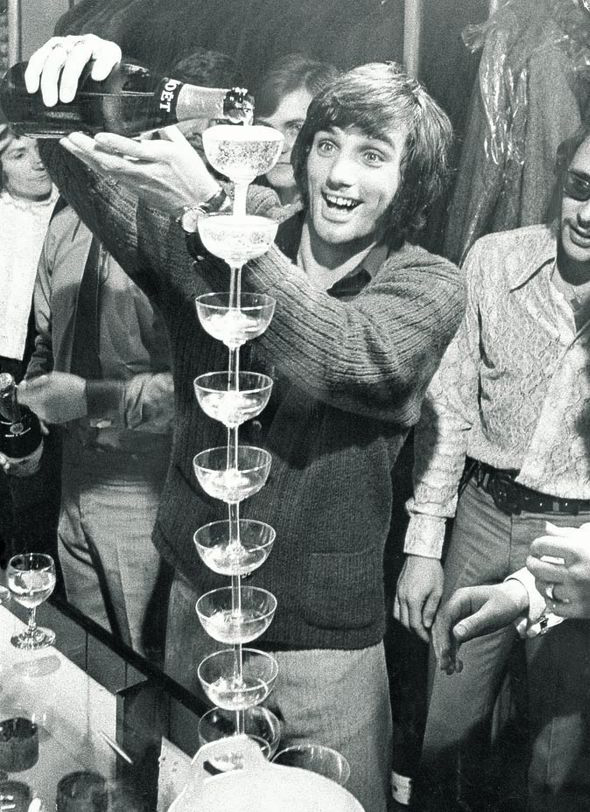 I enjoyed the first number of pages, the fact that the author is able to channel his inner child’s voice was quite compelling. It offered some new cultural vocabulary that seems purposeful like: hairy mickey, feeling thick, in the que, covered in gick (I think there’s a poem there somewhere). By the middle sections I was done with the book, there remained no point to the story and seemed more like a daily journal until the end pages. After all of the various pranks and bullying tactics you begin to wonder what the whole point the author was trying to convey to the reader beyond the lives of many in late 60’s Ireland. You finally get there, near the end which was very well done and tied a neat little bow, but I feel that the majority of readers may not make it to that point after giving up or having it let them down. So if you’re into novels with beginnings and ends with pointless middle sections then I recommend this book, otherwise I suggest taking a pass. Not quite funny enough, not terribly sad enough, not insightful enough, there is not much else to say other than I begrudge the fact that I will have to put this gick on my bookshelf. I don’t know who ‘Booker’ is but ‘Man’ did he/she/they let me down. 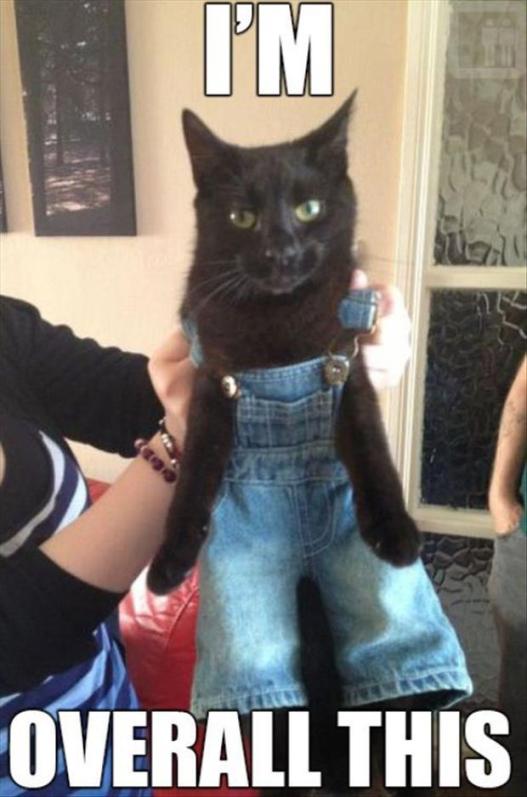 “When you were doing a funny face or pretending you had a stammer and the wind changed or someone thumped your back you stayed that way for ever. Declan Fanning – he was fourteen and his parents were thinking of sending him off to boarding school because he smoked – he had a stammer and he got it because he was jeering someone with a stammer and someone else thumped him in the back.

Uncle Eddie didn’t have a stammer but he could only say two words, Grand, grand.”