“It offended his sense of proportion and economy to throw away a ninety-percent serviceable string of lights. It offended his sense of himself, because he was an individual from an age of individuals, and a string of lights was, like him, an individual thing. No matter how little the thing had cost, to throw it away was to deny its value and, by extension, the value of individuals generally: to willfully designate as trash an object that you knew wasn’t trash.Modernity expected this designation and Alfred resisted it.Unfortunately, he didn’t know how to fix the lights.”

That’s not the man I married. That’s not the boy I raised. My mother’s a pain in the ass and the parent I can endure is never home. What the hell is unconditional love? And why is family granted clemency for any wrongdoing? The Corrections takes one mid-western family and delves into their problems and pain while addressing the questions that seem to go against long-standing conventions.

Alfred and Enid Lambert are both retired living in an empty nest. A messy and disorganized nest, but an “empty” nest just the same. Alfred spent his life working hard long hours as an engineer for Midland Pacific Railroad, Enid spent her time handling the homestead, now Enid can’t understand Alfred’s passivity when it comes to continuing on with their life together in their golden years. Alfred has a desperate need for privacy while Enid has plans to put another pushpin on the map of the world. With retirement set in and the kids gone Alfred doesn’t know what to do with his life while Enid doesn’t know where to go first.

At one time Enid loved her husband Alfred, she would have done anything for him, short of murder of course, but there was that one occasion. Over time she has given up and has even come to realize what once was thought to be the greatest moment of her life had ultimately been a forty year regret. Alfred was everything a woman would want: an honorable, strapping, hard-working, and successful man with his whole life ahead of him. Enid was smitten and together they forged a relationship, got married, moved into the suburbs and had three children. Everything seemed so perfect. So why is Alfred, a man in his sixties spending every waking hour in his metallurgical laboratory sitting in his thread-bare chair in the basement, and peeing in coffee cans? And why won’t their beloved children and grandchildren make the trip to visit them in St.Jude?

“The pleasure in this world, it has been said, outweighs the pain; or, at any rate, there is an even balance between the two. If the reader wishes to see shortly whether this statement is true, let him compare the respective feelings of two animals, one of which is engaged in eating the other. What to believe about Al Lambert? There were the old-man things he said about himself and the young-man way he looked. Enid had chosen to believe the promise of his looks. Life then became a matter of waiting for his personality to change.”

Chipper is a man in his late thirty’s who lives in New York where his existence in summation is that of a failed college professor who now occupies his time as a part-time contributor to a local transgressive journal, a sometime proofreader, and is running around with his movie screenplay that he can’t get anybody to read let alone greenlight. He truly has an identity problem and is in need of some equilibrium, or some Ritalin. You get the feeling that his calling is that of an anti-corporate disappointment who leaches onto others while he espouses his bitterness and cynicism to people that could give two s*%$s. What he has going for him is that he will always have his mother and father in his back pocket, what they don’t know is that he dislikes them very much and everything they stand for.

Gary is a vice president of a bank who lives in Philadelphia with his wife Caroline and three children. Externally Gary gives people the perception that he is professional and rock steady. Internally, Gary’s mental health is slowly being chipped away with delusions of familial recruitment for the sole intention of suburban warfare, which is in stark contrast to his desire for his family to go to St. Jude for Christmas one last time. Gary is also a depressed, paranoid, obsessive-compulsive control freak who is having trouble coming to terms with his father’s business decisions and his mother’s plans for real estate accommodations. He may make it to St. Jude, but against his mother’s wishes, it will be just him, and he will have plenty to talk about. 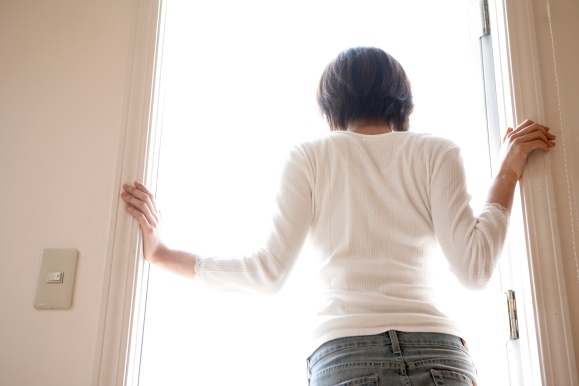 Denise is the youngest of the Lambert clan and at times struggles with how she wants to represent herself to the world. Having a hard time identifying with her mother, her ideals as a woman have been muddied along the way.  At times she would like to be regarded as a hard worker, not just for a girl, but overall. She was one of the top workers at Midland Pacific Railroad and she attributes  her work ethic to her father. In other cases she wants to feel beautiful and lusted over. She encounters all these perspectives at Midland, and she can’t identify what she wants more. Between sexual experimentation and issues with solitude infecting her career, Denise finds herself having difficulty balancing relationship and professional development with that of achieving her own individuality.

‘Maybe it’s how you define yourself,’ she said. ‘But then you’re not exactly an advertisement for happy adulthood.’ “

With Christmas being a central event for the Lambert’s one final get together, I thought the events leading up to the conclusion reminded of my favourite Christmas movies. While most people prefer to watch feel good staples such as Miracle On 34th St. or It’s a Wonderful Life, I watch Le père Noël est une Ordure, Rare Exports, Mixed Nuts and The Ref. Don’t get me wrong I love all of the other movies, but there’s something about family’s and black comedy and the cynicism that can plague the season. The Corrections takes all the optimism of the holiday and crushes it with the bleakness that encompasses the Lambert family. It is safe to say that they do put the fun in dysfunctional.

The story gives me the feeling that while everyone has their own independent psychological restraints, the author was really trying to give the males in the world a voice. From the time this book was written to now, I believe social consciousness has heightened with respect to anxieties, fears, and depressions that are often regarded as taboo for the male sex. Don’t get me wrong, the ladies in this story are a collective mess themselves, but I was really taken a back by the focus on the Lambert men. There really is no tone that elicits a condescending reaction, just a background for the reader to see how little the family knows with respect to how they act around one another. Clearly an honest, unsanitary, realistic look at a dysfunctional mid-western family as they go through various successes and failures over the course of a fifty-some year marriage, three children and one final Christmas.

“His affliction offended his sense of ownership. These shaking hands belonged to nobody but him, and yet they refused to obey him. They were like bad children. Unreasoning two-year-olds  in a tantrum of selfish misery. The more sternly he gave orders, the less they listened and the more miserable and out of control they got. He’d always been vulnerable to a child’s recalcitrance and refusal to behave like an adult. Irresponsibility and undisciplined were the bane of his existence, and it was another instance of that Devil’s logic that his own untimely affliction should consist of his body’s refusal to obey him.”