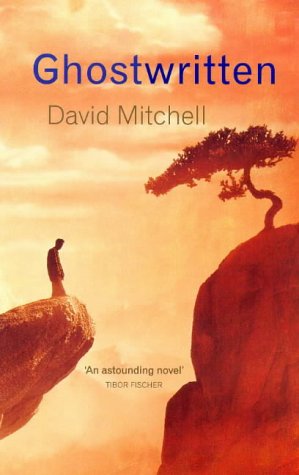 “People stare at the floor. Even to look at a homeless person is to sign a contract with them. I dabbled with joining the Samaritans once. The supervisor had been homeless for three years. I remember him saying that the worst thing was the invisibility. That and not being able to go anywhere where nobody else could go. Imagine that, owning nothing with a lock, except a toilet cubicle in King’s Cross Station, with a junkie on one side and a pair of cottagers on the other.”

Ghostwritten by David Mitchell includes eleven separate story lines from different parts of Asia and Europe that intertwine, but not overwhelmingly so, to allow for a more subtle and methodical approach without losing its might. From my interpretation, the idea of the book is to try to answer the question why things happen the way they do? Is there any way to impact the results? What is chance? What is of grand design?

In Okinawa a chemical terrorist act in a downtown subway is issued with dreams of a greater world where people are freed from their materialistic concepts. The doomsday cult is growing and growing as panic hits the streets, it’s viewed as a time to liberate the enslaved and perform a thorough cleansing. In Tokyo, two men at different stages in their lives find different ways to escape the daily grind. While the older man is an adrenaline junkie, the younger man uses jazz as their means; sound a bit odd to you? They work in a record store but the young man dreams of so much more. From an outside frame of reference, the only place you had in Tokyo was inside your own head, let’s see where that takes you. In Hong Kong there are signs of bad luck infringing every waking and now sleeping moment of a man’s life which has slowly become unhinged. Divorced, burnout at work, financial hardship, a ghostly presence in the apartment, Neal wishes he could turn back the hands of time; a return to innocence so to speak. With a scattered narrative demonstrating Neal’s current state of mind you realize he is slowly dying, spreading himself so very thin. Trying to escape his troubles may finally finish him off for good.

“Unless you’ve lived with a ghost, you can’t know the truth of it. You assume that morning, noon and night, you’re walking around obsessed, fearful and waiting for the exorcist to call. It’s not really like that. It’s more like living with a very particular cat.

For the last few months I’ve been living with three women. One was a ghost, who is now a woman. One was a woman, who is now a ghost. One is a ghost, and always will be. But this isn’t a ghost story: the ghost is in the background, where she has to be. If she was in the foreground she’d be a person.”

In Holy Mountain a virginal young girl enters adulthood in a savage way during a time of war where the distinction between the good and bad guy was as clear as the most fermented of “hei cha”. She runs a tea shack with a lazy father, she always feels that there are bad spirits around her except for a holy tree that gives hope in a hopeless world. With demons from hell walking the earth, a revolution of great proportions begins to right the world and gives the now young woman an optimism that lies far outside that of the holy tree. In Mongolia a group of wanderers are looking for a place to get lost and settle down. While traveling through ghost towns, a spectral presence immune to age but cannot sleep transmigrates from person to person trying to determine the fate of the world by understanding their own true origin. In Petersburg a once alluring figure to all men has lost her sparkle, to the point of being a concubine for men that can grant her time and  information but not much more. Like the fall of the Soviet Union she must rely on drug addicts and thieves to secure a future that will once again instill a life that includes hopes, dreams, freedom, and true opportunity. 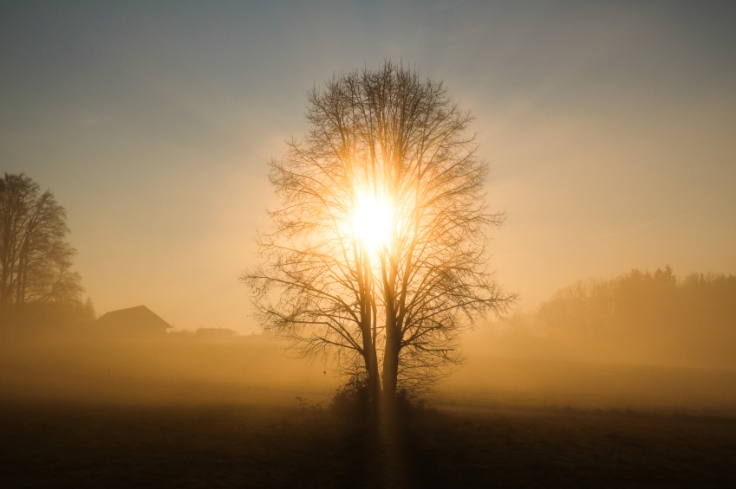 In London a man who is not amounting to much of anything these days besides playing the drums in a garage band carries on with his life. A life where he goes from bedroom to bedroom, woman to woman on a day to day basis. Marco fears being bound by settling down because of a pregnancy or for the reality of taking a plunge with other lives at stake. He has seen men who are father’s younger than he is and friends who’s lives have changed due to a perceived inevitability of aging, but he realizes that he has more choice in the matter than he initially thought. A choice he may never want or have to make. Afraid to take a chance he has been stunted spiritually, and his only hope at change hangs in the balance during a night out gambling with the boys. A woman in Clear Island looks into quantum physics to help her disappear outside of adapting a James Bond persona. She goes back to her old stomping grounds with her little black book in tow and the CIA always monitoring her whereabouts. Familial and professional problems are coming to a head, resignation is in sight but not without one last development. In Night Train a discussion focused radio station takes calls from all kinds of night owls. One such caller seems to have all of the answers to many of the world’s past and current trials and tribulations as well as projections for the future. Reminiscent of Stephen Hawking’s prediction for the end of the world when it comes to the public’s obsession with technology and the whole good AI vs. bad AI dilemma.

“Quantum physics speaks in chance, with the syntax of uncertainty. You can know the position of an electron but you cannot know where it’s going, or where it is by the time you register the reading. John went blind. Or you can know its direction, but you cannot know its position. He in Formaggio at Light Box read my Belfast papers and offered me a job. The particles in the atoms of the brain of that young man who pulled me out of the path of the taxi in London were configured so that he was there, and able to, and willing to. Even the most complete knowledge of a radioactive atom will not tell you when it will decay. I don’t know when the Texan will be here. Nowhere does the microscopic world stop and the macroscopic world begin.”

Ghostwritten by David Mitchell is secondarily a genre-bending novel that has its romances, elements of fairy tale, moments of thrill complete with espionage, existential crisis, supernatural presence, and political commentary. A hell of a leap for a debut novel but one that doesn’t get confused along the journey through apparent separation with deft interconnection from beginning to end. Through changes in style, environmental settings, tone and narratives that blur the lines between reality and fiction the author maintains a consistent flow where surprises are to be expected and not to be left anxiously awaited. The author resides in the minds of the many characters and in doing so demonstrates an immense understanding in the psychological makeup that constitutes a good construct of humanity that transcends many demographics. The hopeful youth, the hapless womanizer, the vulnerable, the disenfranchised, the “ethical” scientist, all play a role in telling this complex story. 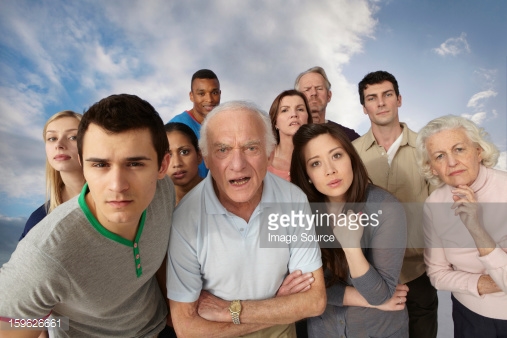 I found this book to be reminiscent of a young knee-high entomologist trying to collect the beautiful and mischievous Question Mark Butterfly. You have read about its beauty in books and have heard great things from the people you trust but you can never truly be prepared until you personally see it for the first time. It’s more elusive than you anticipated, unpredictable in its nature, fluttering just high enough to be out of reach, but not quite high enough for you to feel like giving up. You keep chasing, hoping and praying it will end up in your net but you know that’s far from reality, you have some work to do because without a plan its merely just a wish.

Who are we? Where are we going? How are we going to get there? The ultimate debate is between chance and fate and how much control we ultimately have in our existence and in the grand scheme of things, does it really even matter?

“It hadn’t been Baggins’s sacs that were at the forefront of my mind. Katy’s intellect must have impressed me enough to go for the writer identity, rather than the drummer. Even so. The Morning After Me was not overly impressed with the Night Before Me. I pass through many Mes in the course of the day, each one selfish with his time. The Lying in Bed Me, and the Enjoying the Hot Shower Me are particularly selfish. The Late Me loathes the pair of them.”