“By implication we orphans were idiots of connectivity, overly impressed by any trace of the familial in the world. We should doubt ourselves any time we imagined a network in operation. We should leave that stuff to Minna. Just as he knew the identity of our parents but would never reveal it to us, only Fran Minna was authorized to speculate on the secret systems that ran Court Street or the world. If we dared chime in, we’d surely only discovered more wheels within wheels. Business as usual. The regular fucking world-get used to it.”

Deep down Motherless Brooklyn is a classic hard-boiled detective novel with its archetypal protagonist that is unmistakably flawed, especially after engaging in a quick chit-chat. The protagonist Lionel Essrog’s drawback is not his inability to follow the normal decorum when enforcing the law like trivial roadblocks such as Miranda Rights or that whole due process thingy, nor does he have an insatiable appetite for women, alcohol, or drugs; his Achilles Heel  is that he was born with Tourette syndrome. He doesn’t really uphold any rules and regulations like most detectives ought too, what he does is follow the mandate according to his bossman and inner city Brother Superior Frank Minna, and he does so with a quiet confidence and shear determination. 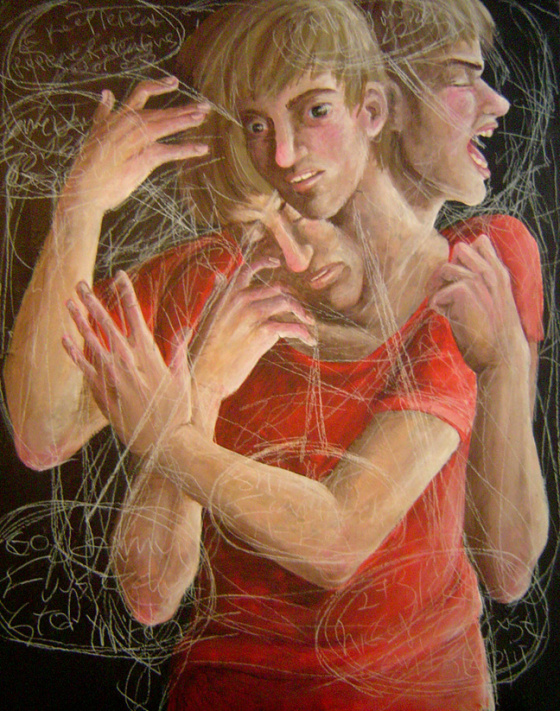 Lionel is a unique character born and raised in the mean streets of Brooklyn, and as much as he should fit right in, he sticks out like a Tourette sufferer at a church organized function sponsored by White Castle (his favourite). Lionel has been dealing with his involuntary and pervasive tics since he was born, and as a whole he (the tics) mean well, but he (the tics) act out at the worst times leaving people with their vivid flash point to remember him (the tics) by. Unfortunately there’s no separating him from his tics when dealing with strangers. That image imprinted on passersby minds is what makes him a ‘freakshow’ and he has become resigned to that fact. He wages battle from both fronts, being the victim of chaos that faulty brain chemistry can bring, and the ruler of internal control that counting in multiples can provide; it goes without saying that a woman would help cure many of his ailments, but I’ll act as his mouthpiece for that point. Sexual arousal tempered his tics but he couldn’t find many willing participants, however he always had his hand, the music styling of the artist formerly known as Prince, and cheeseburgers to cure his ails however temporary it may be.

“For me, counting and touching things and repeating words are all the same activity. Tourette’s is just one big lifetime of tag, really. The world (or my brain—same thing) appoints me it, again and again. So I tag back. Can it do otherwise? If you’ve ever been it you know the answer.

Can it do otherwise? If you’ve ever been it you know the answer.”

Frank Minna runs the L&L Detective Agency on Court Street in Brooklyn with his mysterious brother Gerard, to whom they have a brotherly love/hate relationship that crosses the line at times. Frank has known Lionel since he was a lonely, shy, and mild-mannered thirteen-year-old boy living in the library of the St. Vincent’s Home For Boys. Frank plucked 4 orphaned children and gave them the opportunity to work for him at what appeared to be a harmless moving company. Lionel felt as though he was rescued by Frank and given the ability to truly find himself through hard work and a unique brand of authoritative guidance. Being a Minna Man in training meant he was going to take some abuse and he certainly wasn’t permitted any sort of period of inquisition as to why, which was fine with him because keeping his mouth shut finally gave him status, a sense of loyalty, and most of all a respite from his disorder.

After a two year sabbatical, ever-jovial Frank came back as impatient Frank and slowly the innocence of the business was waning and with that the boys began transforming from petty mobsters, scheming stooges, with some occasional violence into sly, devoted, obedient, and scrupulous henchmen. Minna Detective Agency was run under the guise of a driving service, where Lionel and the three others from the orphanage would ply their trade. While everyone else can be relied on to do the more physical work, Lionel is the eyes and ears of the operation, and his verbal tics come in handy at times as it made some people nervous or others a little too nonchalant. As innocence in business gives way to corruption, and death leads to a power struggle, Minna Men begin to be targeted and Lionel looks to avoid the pitfalls and find answers to the reasons why? What he’ll quickly have to come to grips with is when cornered by the past, it will haunt you until the day you die and that nothing escapes the neighborhood because there is always someone watching.

“Have you ever felt, in the course of reading a detective novel, a guilty thrill of relief at having a character murdered before he can step onto the page and burden you with his actual existence? Detective stories always have too many characters anyway. And characters mentioned early on but never sighted, just lingering offstage, take on an awful portentous quality. Better to have them gone.”

Motherless Brooklyn was a refreshing reading experience where the literary concept didn’t overshadow the importance of the story, and there was enough writing expertise that made the whodunit a rather rich exploration. I have never read a book that balanced these two elements so well, with such artistry, and accessibility without being too gimmicky. Even if this book was not a favourite of mine, I can’t deny the talent of the author and his willingness to take a risk that left this reader staggered and with a rewarding experience that I won’t soon forget. Give this one a shot.

“Insomnia is a variant of Tourette’s–the waking brain races, sampling the world after the world has turned away, touching it everywhere, refusing to settle, to join the collective nod. The insomniac brain is a sort of conspiracy theorist as well, believing too much in its own paranoiac importance–as though if it were to blink, then doze, the world might be overrun by some encroaching calamity, which its obsessive musings are somehow fending off.”