“The civil dead, that’s what I am in this hellish monstrosity, civil dead. Hitler’s regime had more civil liberties than this sinister stinkhole. Caesar and the Romans tolerated the Christians more under their laws. Romans – when in Rome, do as the Romans. Living among psychos, I’ve become a psycho.”

Richard Dube lives in a home that is seven feet wide, nine feet long and twelve feet high. Small enough to be a closet in a reasonably-priced home, Richard must eat, shit, and sleep in this hovel (and at times all at once); all the while maintaining a level of sanity with a cricket somewhere in the vicinity and a bellowing child molester as his neighbour. Any day now would be a good day to die. Often times he urinates on the ground in order to preserve the cold toilet water to drink from or save for when he is maced or pepper sprayed, because he knows he is going to be given the treatment sooner or later. After spending four hundred days in various solitary confinement holes across Ontario it’s still something that takes some getting used to, he just has to keep his head and remember that vengeance is his.

Millhaven federal penitentiary is a super maximum security institution that houses some of Canada’s most ruthless and deviant residents. A tough place for anyone to get accustomed to, especially a twenty-year-old young man. This is not only the place where he will learn the ropes, but where Richard finds himself after his first conviction which is not normal protocol, but due to his reputation for destructive behaviour; this is the place he will call home for the next five years. A place where there are no friends, only acquaintances. A place where you keep your eyes fixed low and your mouth shut, but are always on heightened awareness for the danger that lurks around every corner and in your blind spot. Ultimately this is a place where you have to push it to the limit, be prepared to kill because in there they always play for keeps. Being a trained boxer, Richard has a good base for survival, but what he needs to gather is the intangibles that can only come with experience and a lot of pain either inflicted onto or delivered by others. Richard quickly realizes that no one in that institution can match his intensity, his desire, his pain tolerance, his determination; making him one of the prison’s true alpha dog’s when really, he’s just a pup.

“I was sent into the valley of death among the callous, the psychos, the criminally insane… Your puppet soldiers had mastered the head games. They drove me crazy, and now I’ll show you the results of your creation. I despise everything you stand for. You like to power-trip, don’t you? A little dynamite under your car pales in comparison to seven long years of hellish torture, provocation and constant antagonism. I owe you…”

When Richard is not spending his time being a disturbance or plotting his plan for revenge upon release he reads and studies classic novels and philosophy. With the likes of Descartes, Voltaire, Shakespeare, Nietzsche, Euclid, Rousseau and other great novelists and free-thinkers Richard has spent time reconciling his day-to-day mind altering experiences to the preservation of his mental state. Without them who knows where he would be living under this totalitarian regime as a prisoner of every state but psychological.

There are 3 narratives that carry a tone similar to that of a man with an agenda but maintain residence in distinct places in the mental disposition of Richard Dubè. They centre on flashbacks to times when he was growing up as a kid in Sudbury with a sociopathic older brother, younger sisters, alcoholic parents, and abuse. The book also catalogues Richard’s own troubles with others and authority which leads to stays in and out of correctional facilities. This narrative gives the reader the understanding of where he has come from and perhaps how he got to this point, but not much too where he is going. There is also a narrative focusing on fantasies involving revenge. This is a no holds barred approach complete with hell-fire and brimstone leaving nothing in his wake. The other narrative is as calming as you’re going to get in The Haven. He reflects on his daily rituals in the hole as he is getting ready for his parole hearing and his upcoming release.

“Penitence and punishment are irreconcilable. They can never bring about change because one destroys the other. We who are inside are stripped of all sensibilities. The killers, recidivism and violent crimes prove the system is failing. Christ, my own mental state speaks volumes about your barbaric practices…”

A story about one man’s desire to fight the system and the blows he takes in doing so. If the prison system was King Kong than Richard was fighting to break a toe. If all else fails and Richard dies, Mr.Kong will feel the pain tomorrow and be remembered; to Mr. Dubè it would all be worth it. In prison Richard conjures up a plan to take revenge on the people responsible for convicting him, the screws (officers) he had to deal with on a day-to-day, and the inmates that crossed him. Through all the real, raw, and vitriolic language there is a potential for redemption. Through all dark clouds there is always a silver lining. 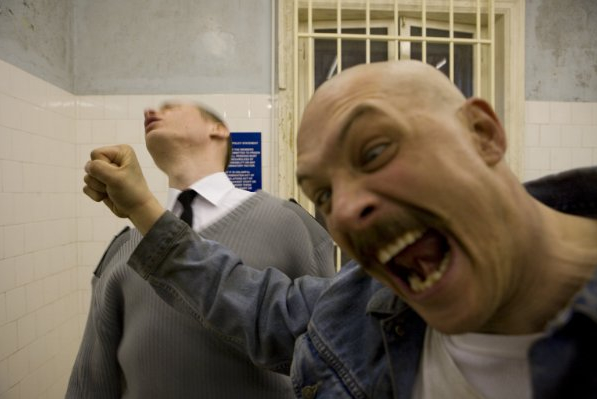 I think this book should have had a collision course with The Belly of the Beast by Jack Henry Abbott to make them both more balanced. While The Haven focuses more on glamorizing the bad boy attitude complete with the rage and paranoia that consumes the prisoners, The Beast is more of a thinking man’s approach that is contemplative, philosophical and methodical which take’s away from the power of their narrative. A nice blend would have served to be more interesting and a more cherished experience which I found lacking in both. If you are looking for a raw and uncut look at the prison system then The Haven is a good choice, I just hope you don’t like to read out loud or you may get a visit from the screws. 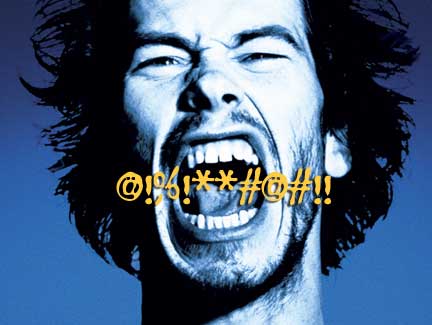 “What’s the sense in going on? Nothing has any meaning…everything is a game with people playing rote roles. I exist in an empty cosmos, traveling through this wasteland with murderous rage as my only constant. I can’t go on like this. Life’s overvalued…it’s a death sentence…a burden to bear…a hellish dimension imposed without my consent…I’ve been catapulted into the realm of insanity and can’t reverse the damage, but my vision is clear and my mind is lucid.”